The garment industry was the main employer of Jewish immigrants in the early 1900s. The Labor Lyceum was home to unions that supported the interests of workers. Learn about the industry and two key events that the Jewish community and workers actively participated in. 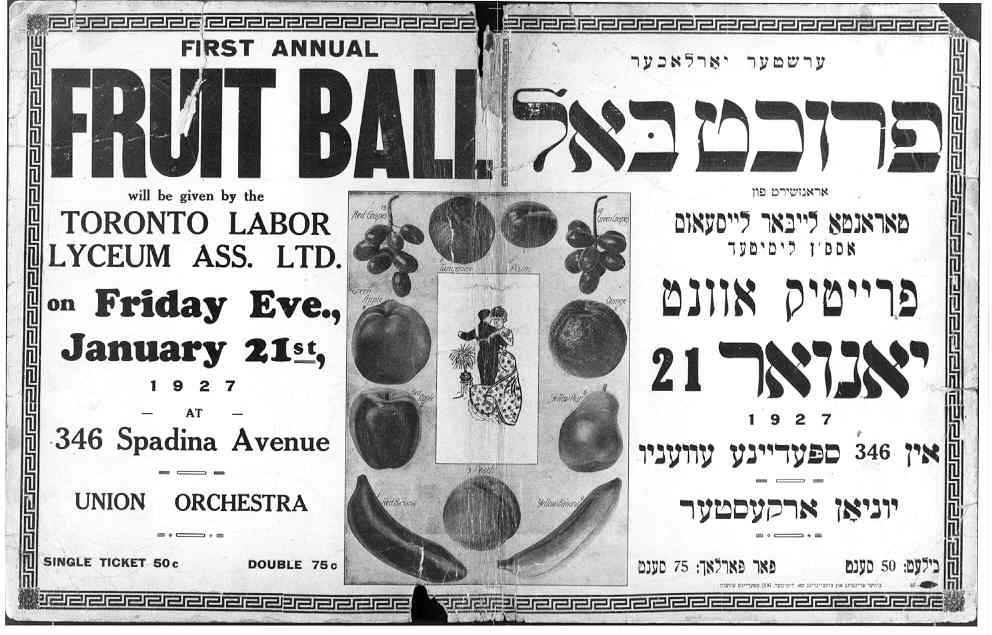 A poster from the Toronto Labor Lyceum Association’s First Annual Fruit Ball in 1927. The poster is written in both English and Yiddish. Not only was the Labor Lyceum a place to support workers’ rights and activism; it was also a cultural centre that hosted poetry nights, dances, speakers, and more. 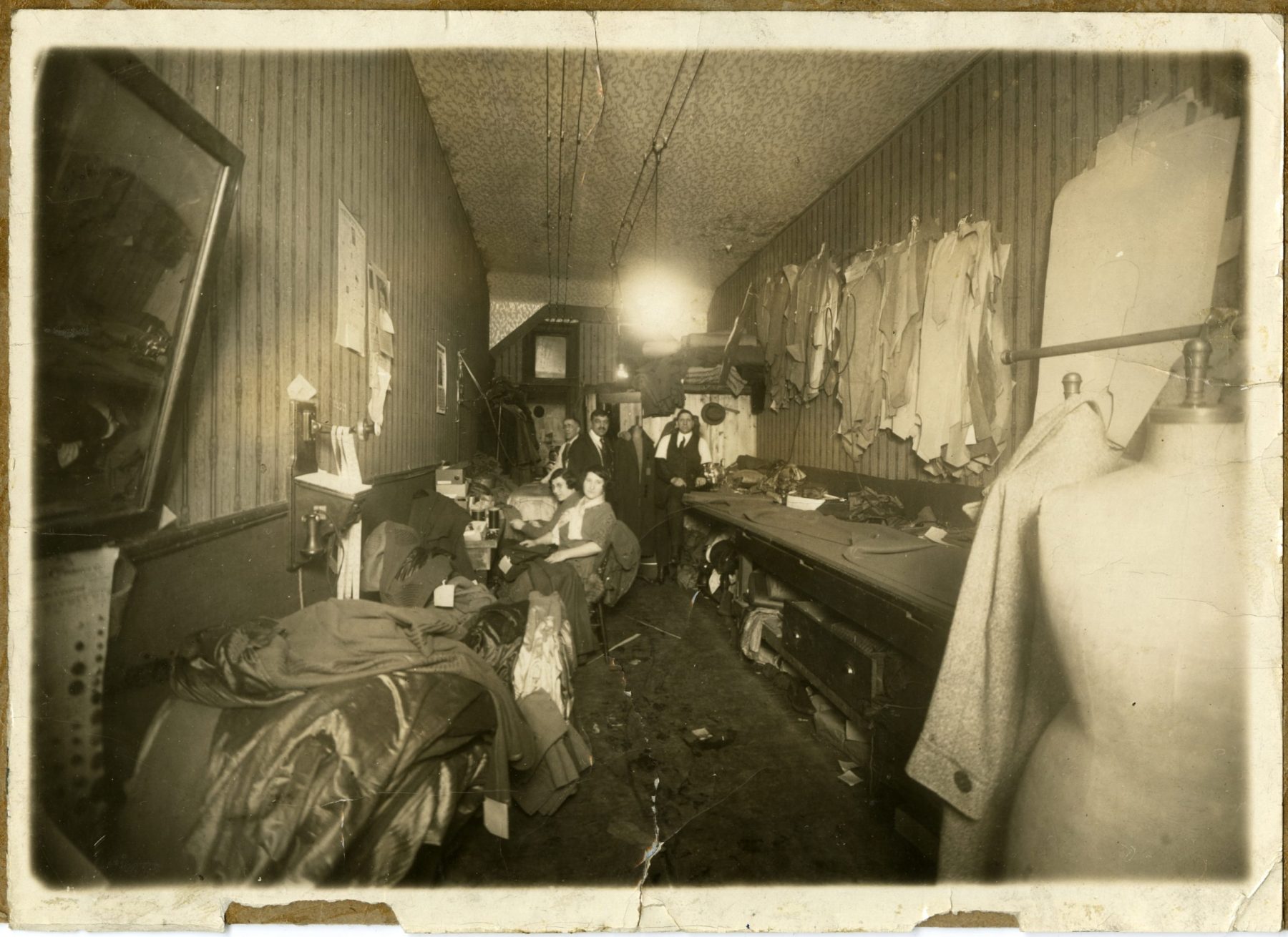 Needle-trade workers inside a small 1920s garment workshop in Toronto. This type of shop would have existed alongside larger manufacturers in the area. By the 1930s, most of Toronto’s garment shops were Jewish owned. 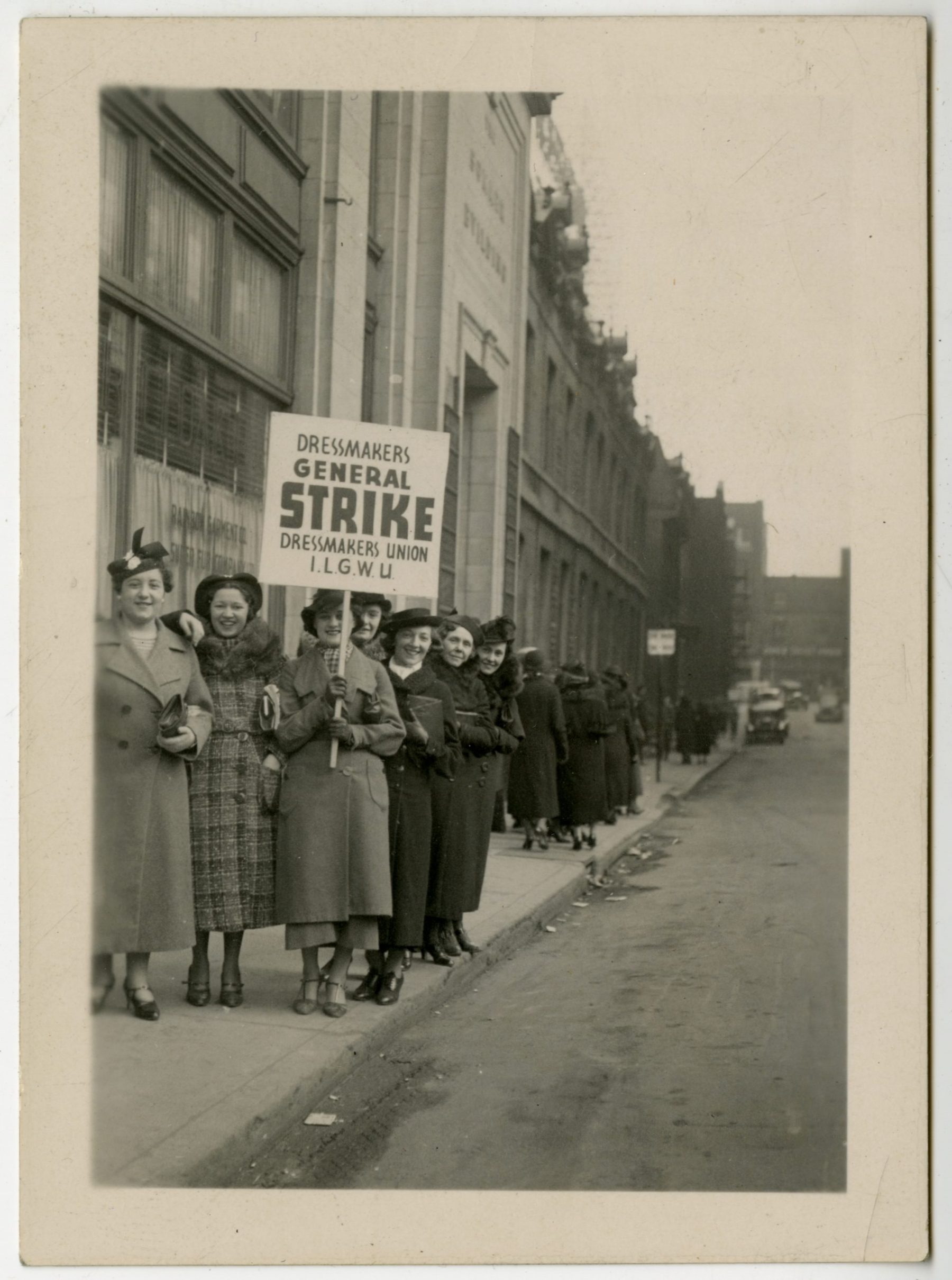 A group of women dressmakers picketing on Spadina Avenue. They are holding a sign that reads: Dressmakers General Strike, Dressmakers Union, ILGWU. The strike happened on 25 February 1931 and lasted for two-and-a-half months. 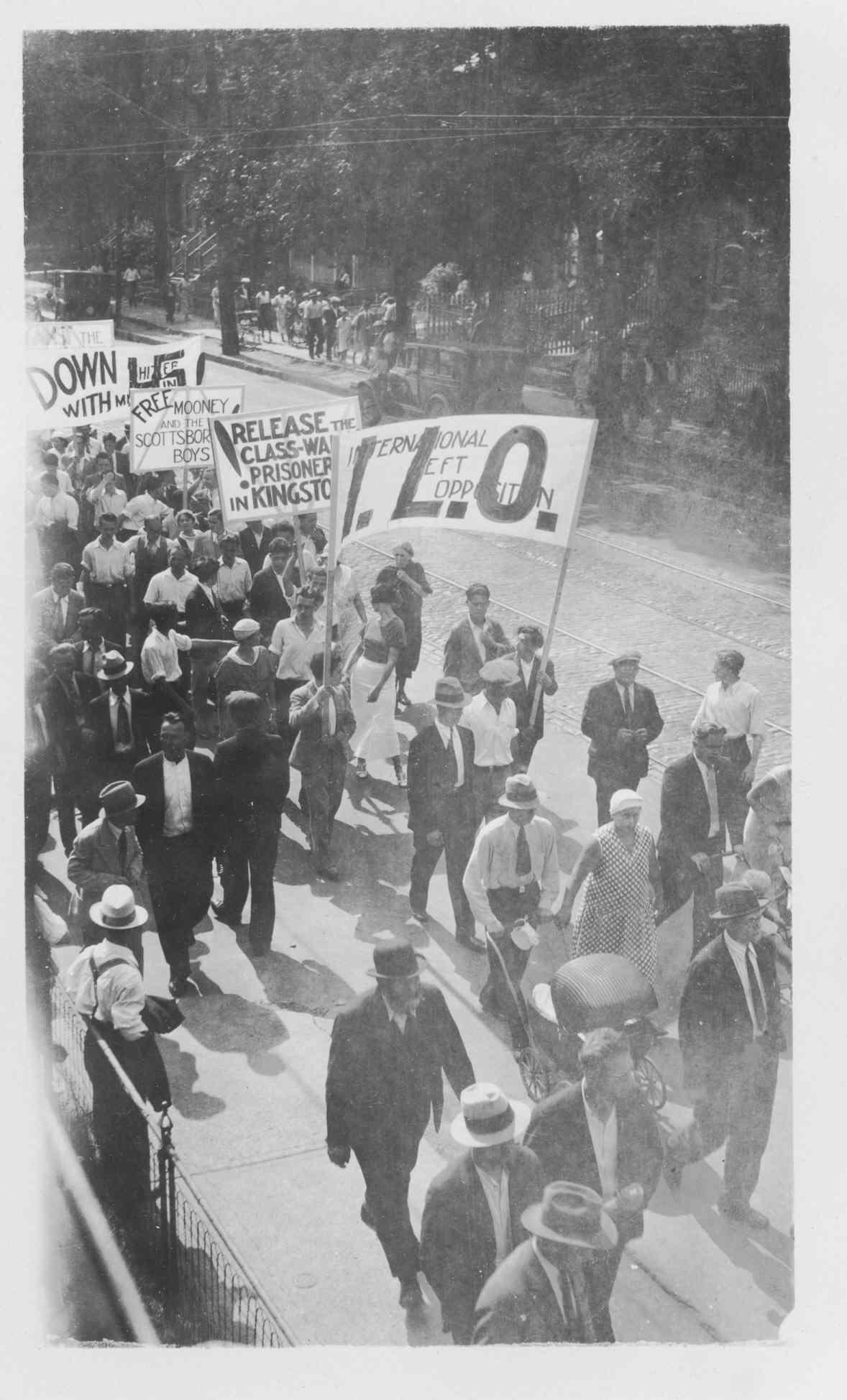 Overhead photograph of the International Left Opposition demonstration which took place on 11 July 1933. Over 15,000 people (mostly Jewish) walked off the job to protest Nazism, fascism, and other human rights issues. It was reported in the Globe and Mail as the largest protest of its kind in Canada since the 1919 Winnipeg strike.