The Standard Theatre was the centre of cultural life for the Jewish community. After a day’s work, people gathered here to watch the latest in Yiddish theatre. Press play to learn about the history, liveliness, and popularity of the theatre.

A colour drawing of the theatre sign for the Standard Theatre from 1921-1922. It is uncertain whether this marquee was ever produced. The Standard held its opening performance and ceremony on 31 August 1922. 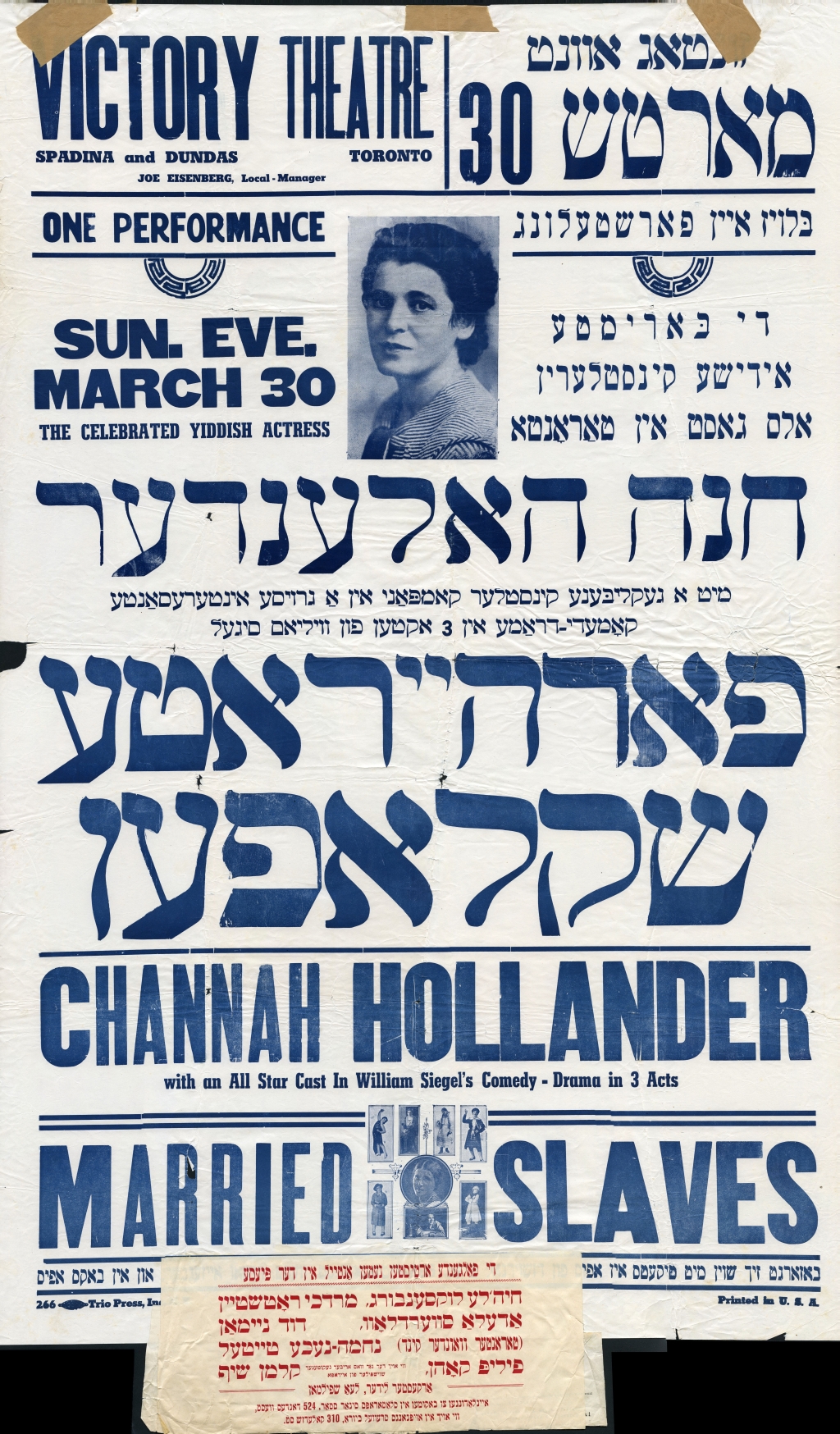 A poster for a three-act comedy entitled “Married Slaves” at the Victory Theatre in 1947. The comedy starred Chana Hollander. The poster is written in both Yiddish and English. A promotional poster from 1928 for the play Sheindele from Slabodke, starring Mischa and Lucy German. This production was also known as Papirosen-makherin (Cigarette Maker) and Reizele from Slabodke. The poster is written in both English and Yiddish. A photograph of a poster advertising the screening of the movie “Yiskor” or “Thou Shalt Remember” at the Standard Theatre. This film was released in 1925 and manufactured by S. Geyer Inc. in New York.

A Standard Theatres Ltd. receipt for $60. This receipt was for the purchase of shares in the theatre, which is the method the company used to fundraise for its construction.
OJA, fonds 83, file 5. 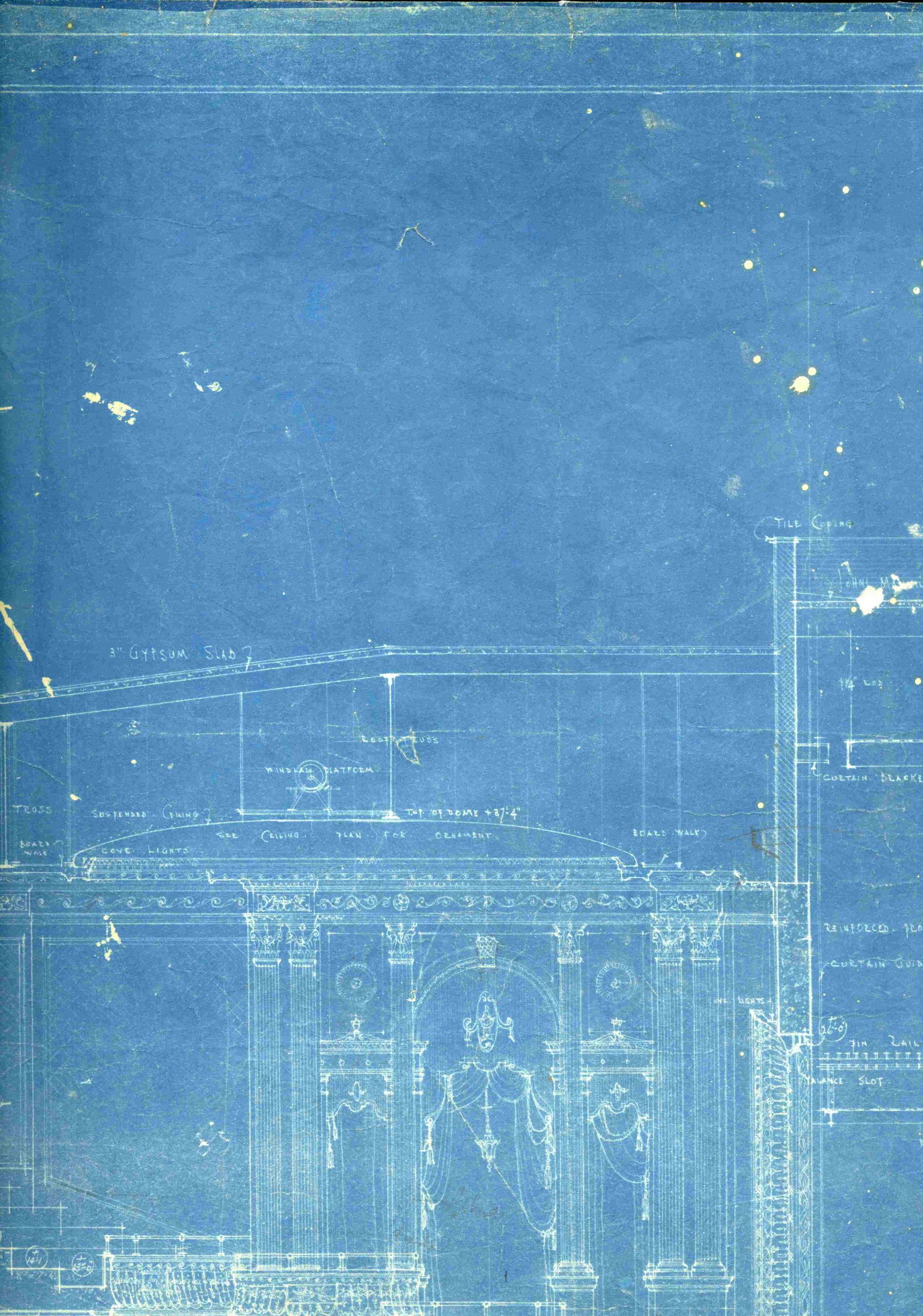 Architectural drawing by John MacNee Jeffrey of the Standard Theatre from 1921 – 1922. These drawings are the original permit plans that would have been used onsite during construction. Although J.M. Jeffrey is the name on the drawings, Benjamin Brown has also been credited as the architect for the theatre according to a 31 August 1922 Globe and Mail article describing the opening night. 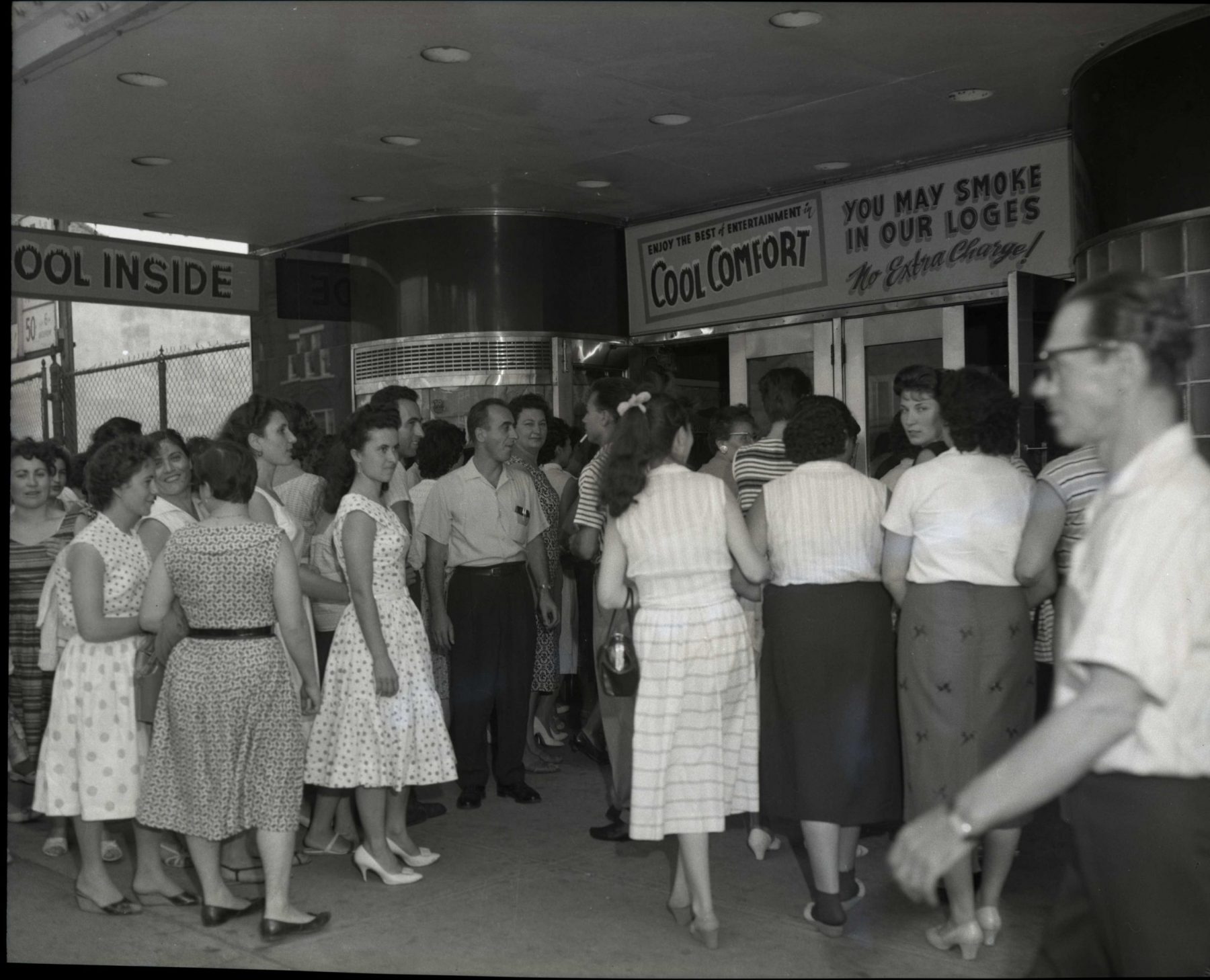 Garment workers arriving at the Victory Theatre for the Cloakmakers’ Union rally in September 1960. The Union was organized to assist and protect workers in the women’s garment industry. Garment workers in the Victory Theatre for the Cloakmakers’ Union rally in September 1960.