Welcome to Stop 8 of Scrolling Spadina. Cecil Street was commonly known as “Jewish Institution Street,” as it was home to numerous Jewish organizations that served the growing needs of the community. Press play to learn how the Jewish people came together to provide support to their community. 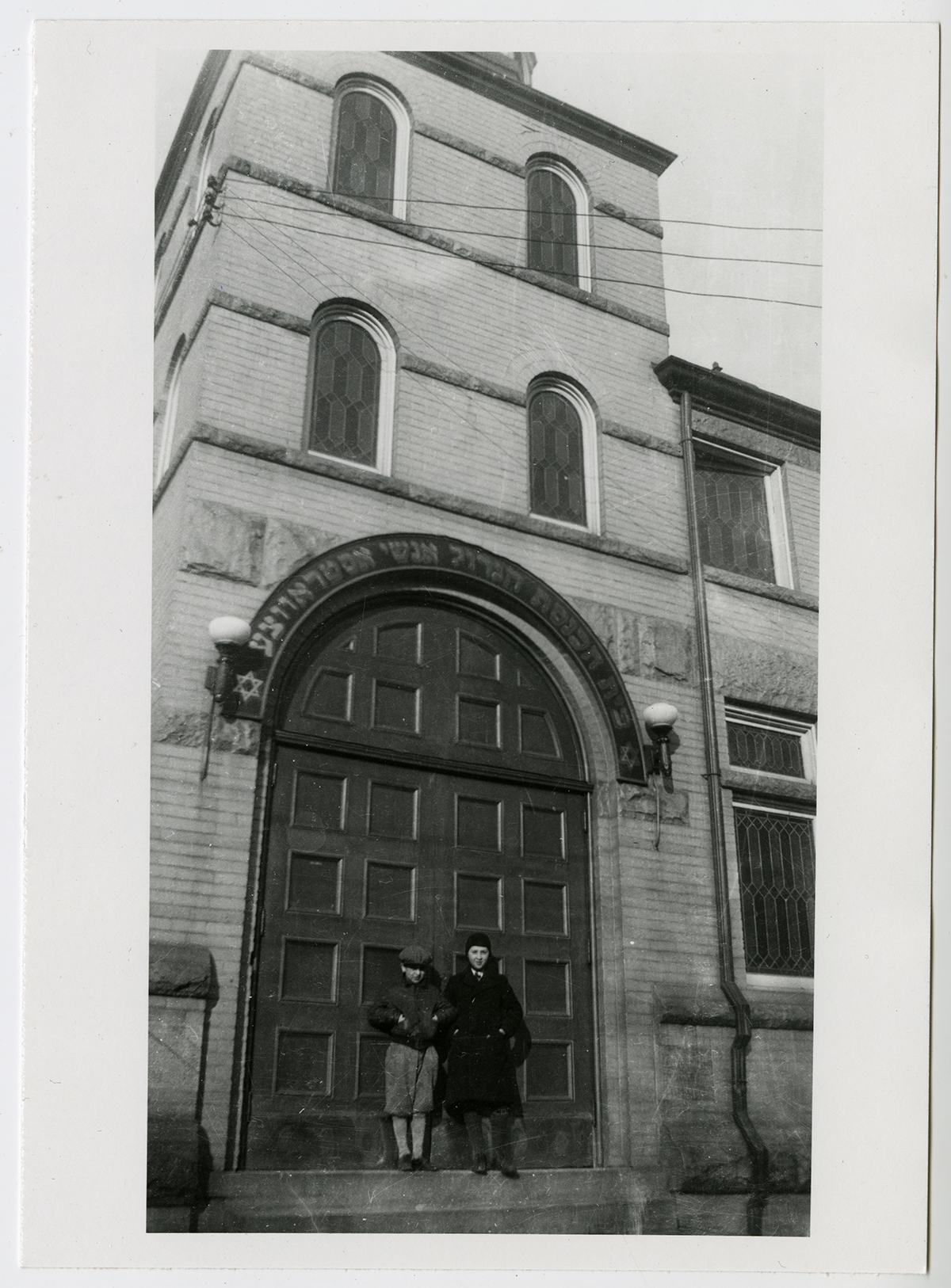 Gordon Perlmutter and Gurion Hyman at the entrance of the Ostrovtzer Synagogue in 1938. Both Perlmutter and Hyman grew up in the area and later worked there too. Perlmutter became a dentist in the community, and Hyman worked in the family business and helped operate Hyman’s Art and Book Shoppe, located on Spadina Avenue. 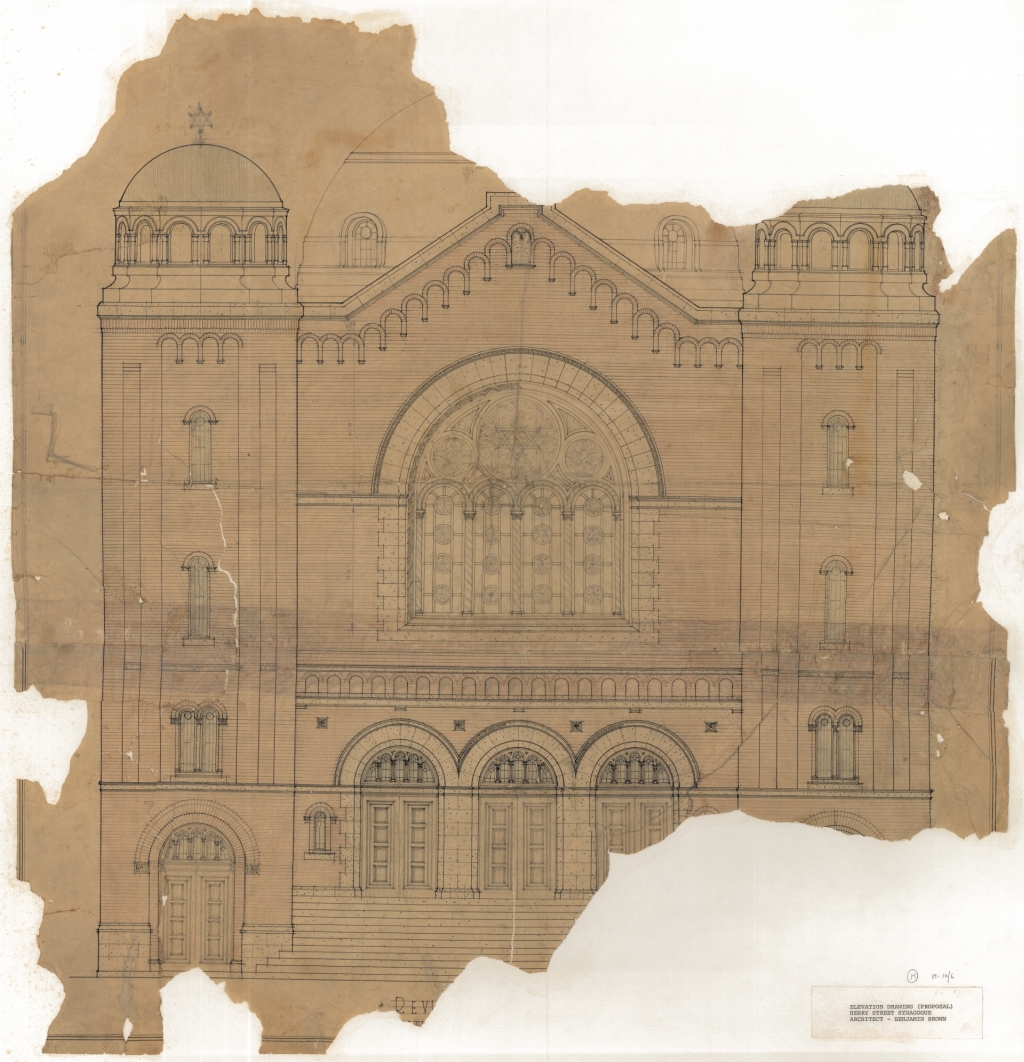 Architectural drawing from 1919–1922 for the Beth Jacob Synagogue on Henry Street. Beth Jacob was the first synagogue in Toronto that was designed by Jewish architect Benjamin Brown. 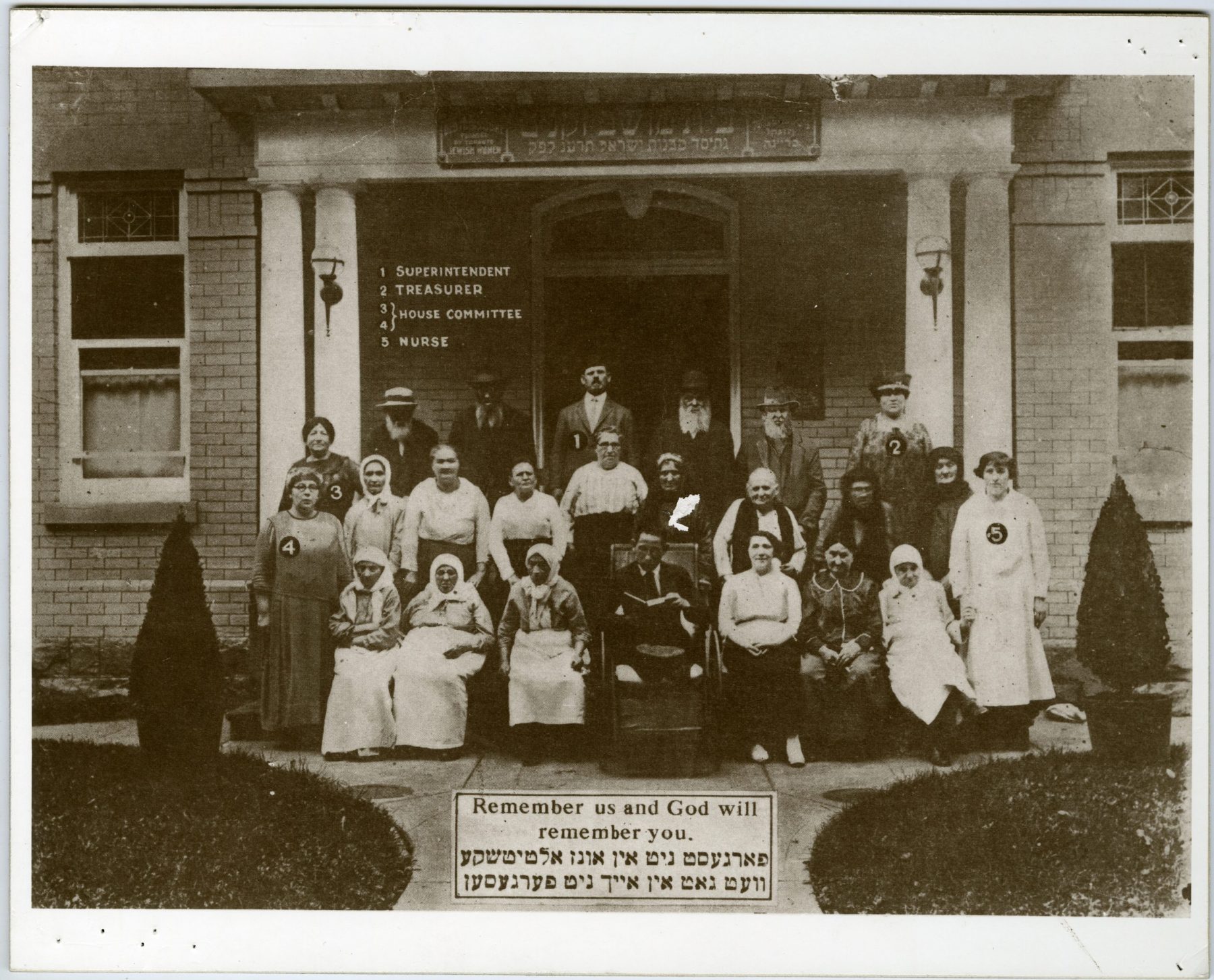 Residents and staff gathered in front of the Jewish Old Folks’ Home on Cecil Street. On the upper-left side of the photo there is a legend to identify the superintendent, treasurer, house committee, and nurse at the home. [ca. 1925]. 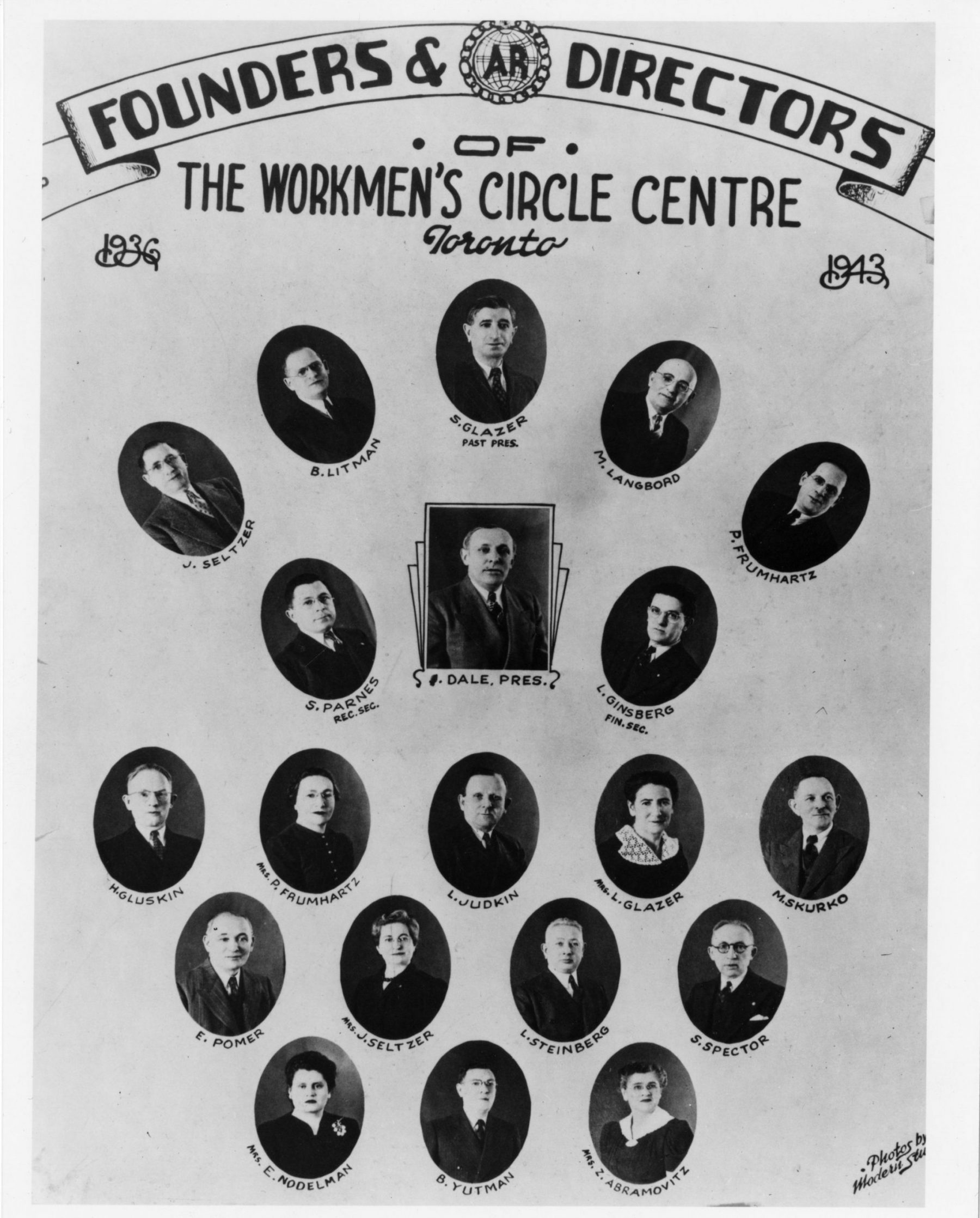 Founders and directors of the Workmen’s Circle Centre or Arbeiter Ring, as it is referred to in Yiddish in 1943. The Workmen’s Circle is still active in Toronto and supports and promotes Jewish culture, education, and the Yiddish language. The Ezras Noshem Society Executive from 1930. The mutual benefit society was established in 1913, and their work aided the establishment of the Jewish Old Folks’ Home and the founding of Mount Sinai Hospital at its first location on Yorkville Avenue in 1921.