5: The Market, Feeding a Community

You have made it to the Jewish heart of Toronto from the 1920s to the 1950s. Learn about why families moved to the market and how they established a community and businesses. See and hear the sights and sounds of the market from the 1920s and today. 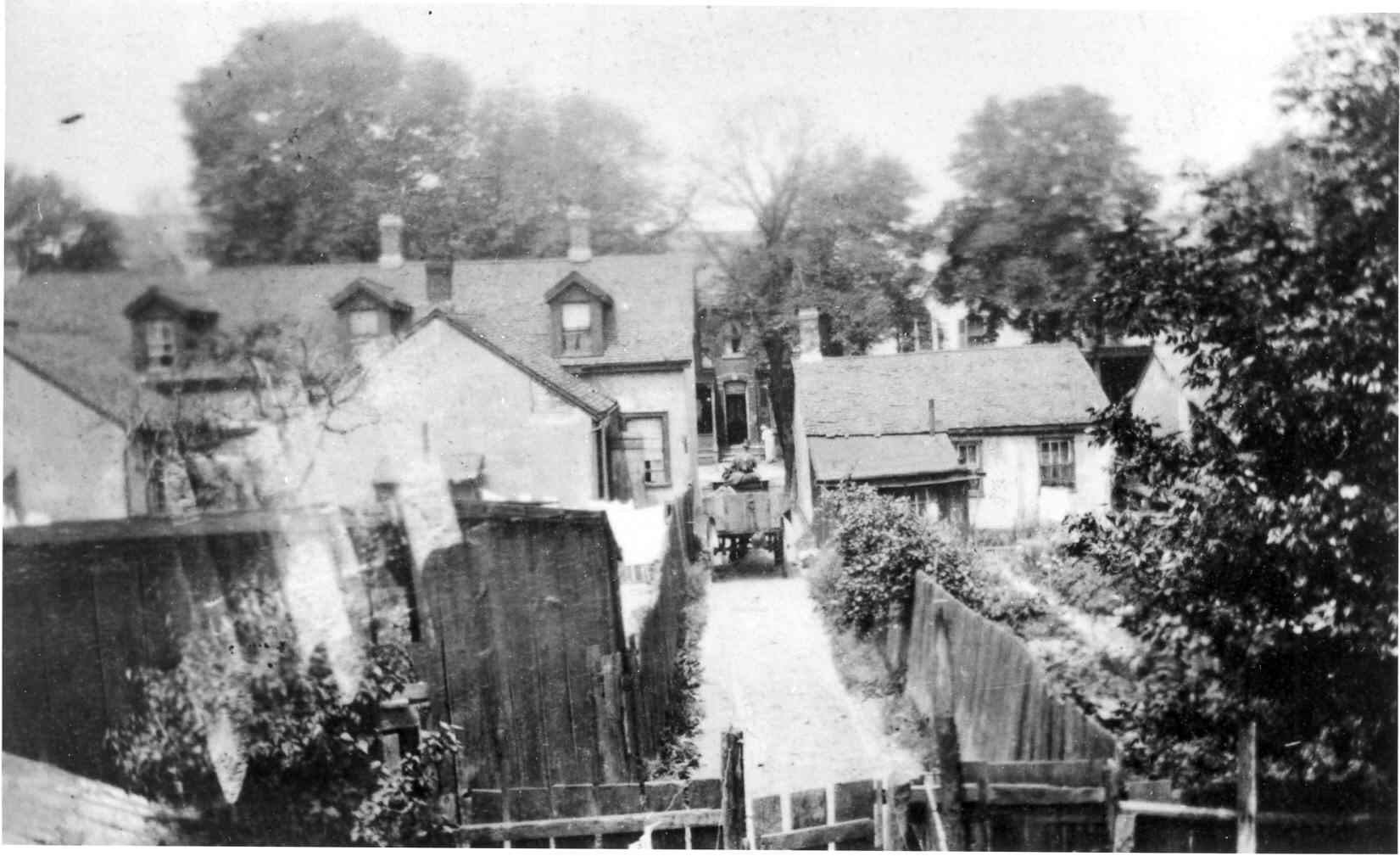 Overhead view of the backyards and laneway behind Menachem Mendel Hyman’s residence at 182 Baldwin Street, 23 July 1918. The photo was likely taken from a window on the second floor. In the laneway is a man seated on a horse-drawn wagon. 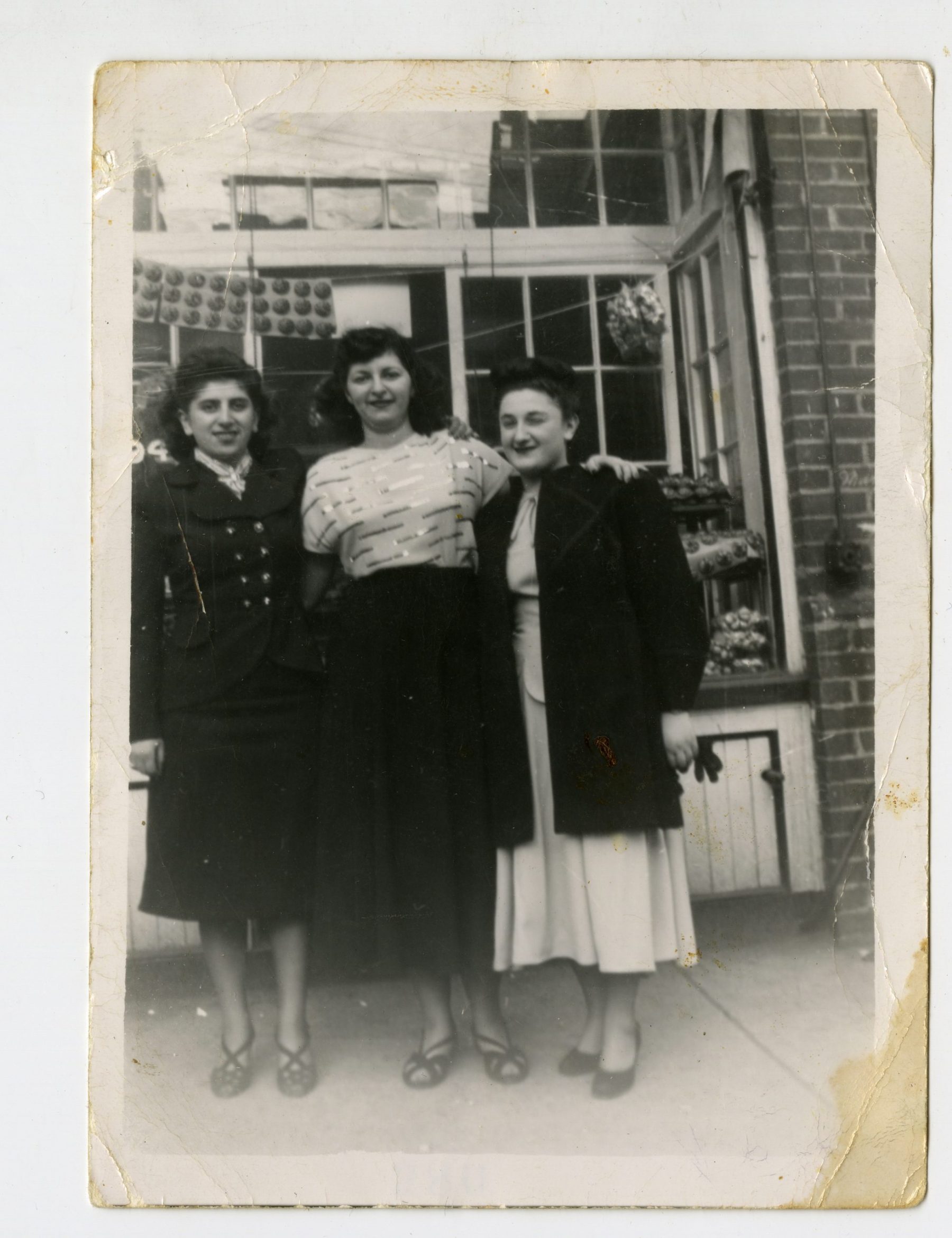 Sandy Shabinsky, Katie Lottman Grossman, and Ruth Berman (left to right) in the 1930s outside of Lottman’s Bakery at its first location, 172 Baldwin Street. Sam Lottman opened the bakery in the 1920s, and his wife Emma worked alongside him. They lived on top of the bakery until 1947 and had three children, Jake Lottman, Katie Lottman Grossman, and Pearl Lottman Godfrey. Like many other Jewish families, they eventually moved north and out of the market. 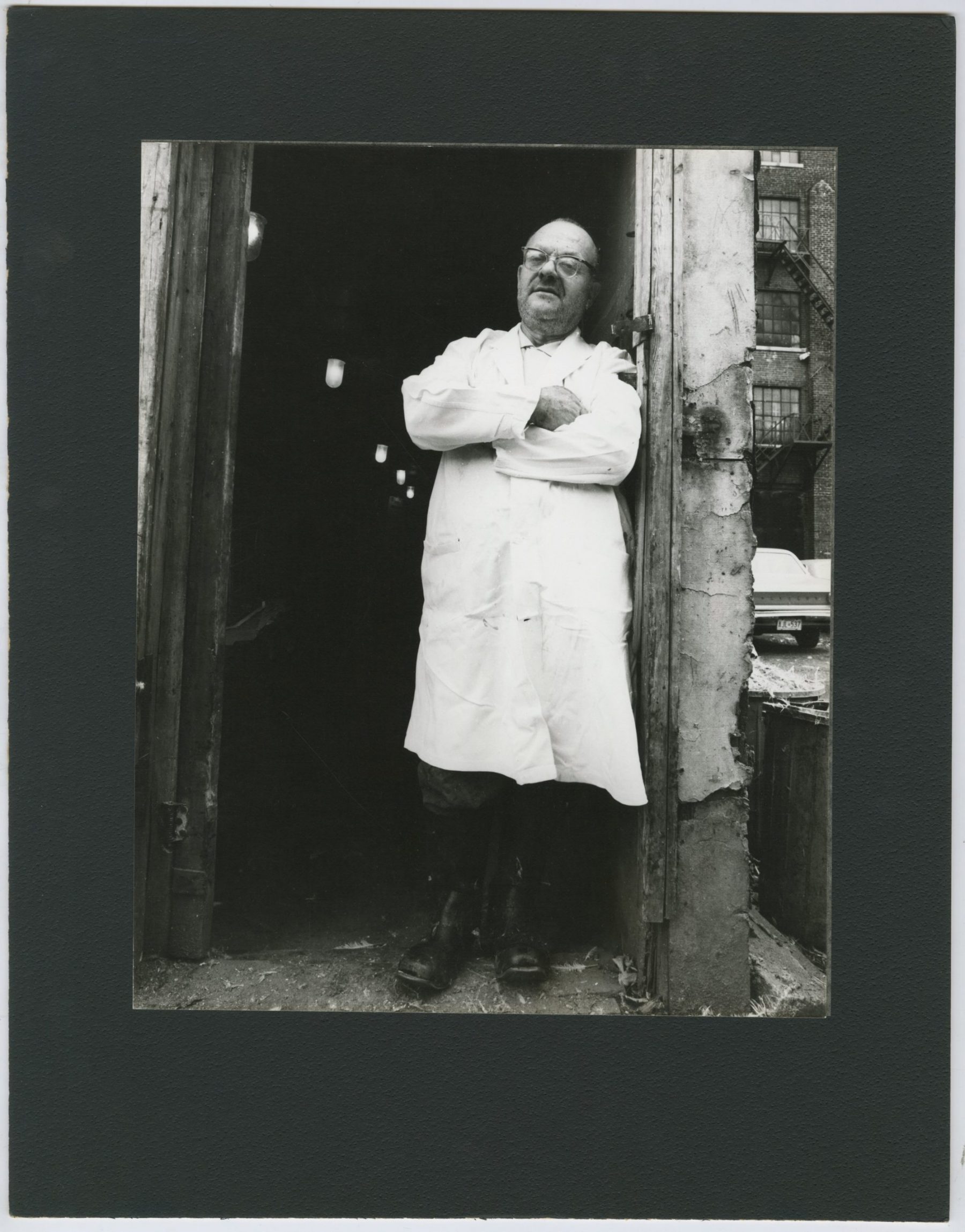 Chaim Light, a shochet, outside of a slaughterhouse behind the east side of Kensington Avenue and south of St. Andrews Street in the Summer of 1968. A shochet is a butcher certified to slaughter cattle and poultry in the manner prescribed by Jewish law. 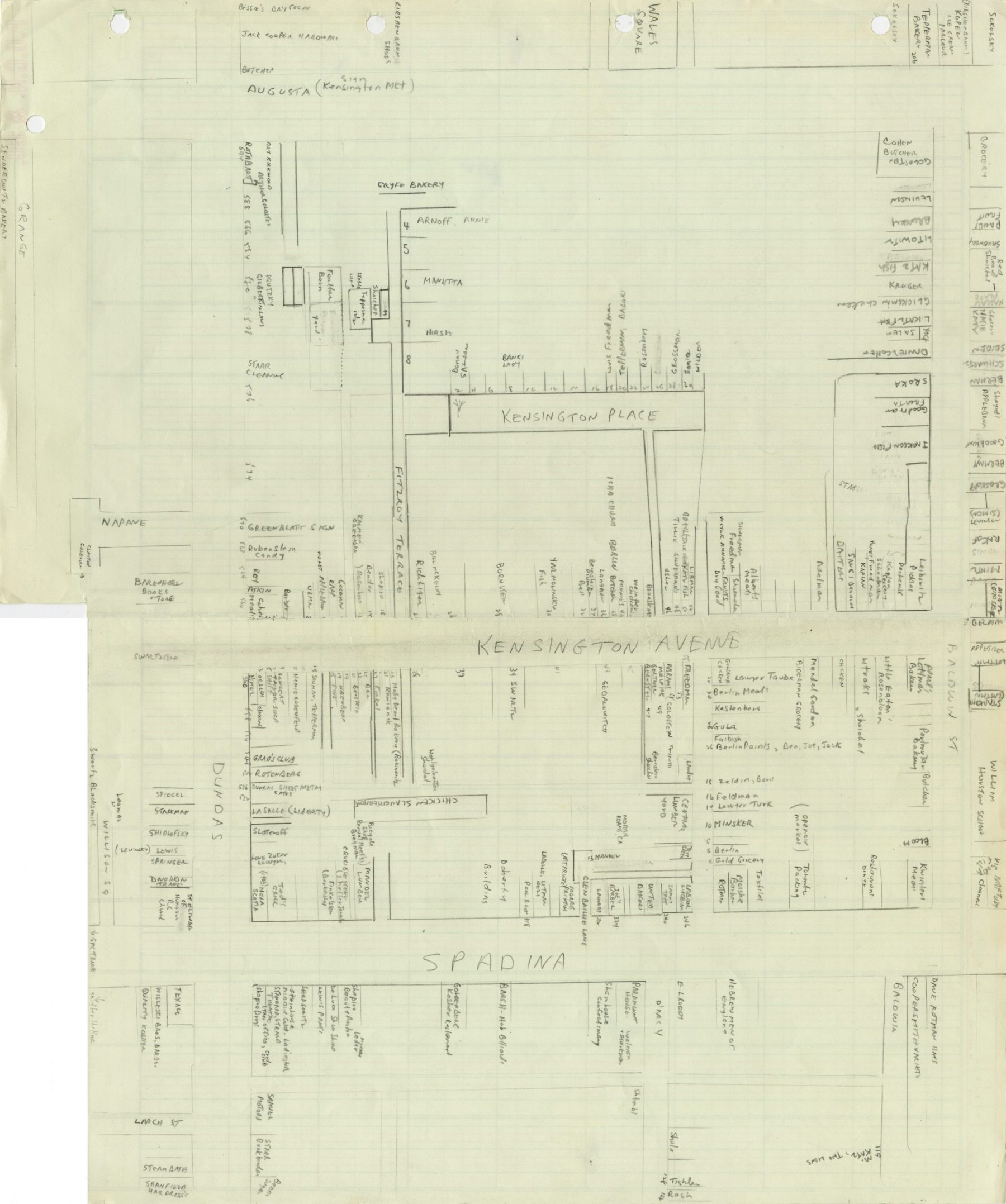 Louis Tepperman grew up in Kensington Market during the 1930s and 1940s. Tepperman hand drew this map that outlines various people, businesses, and institutions that existed in the market. 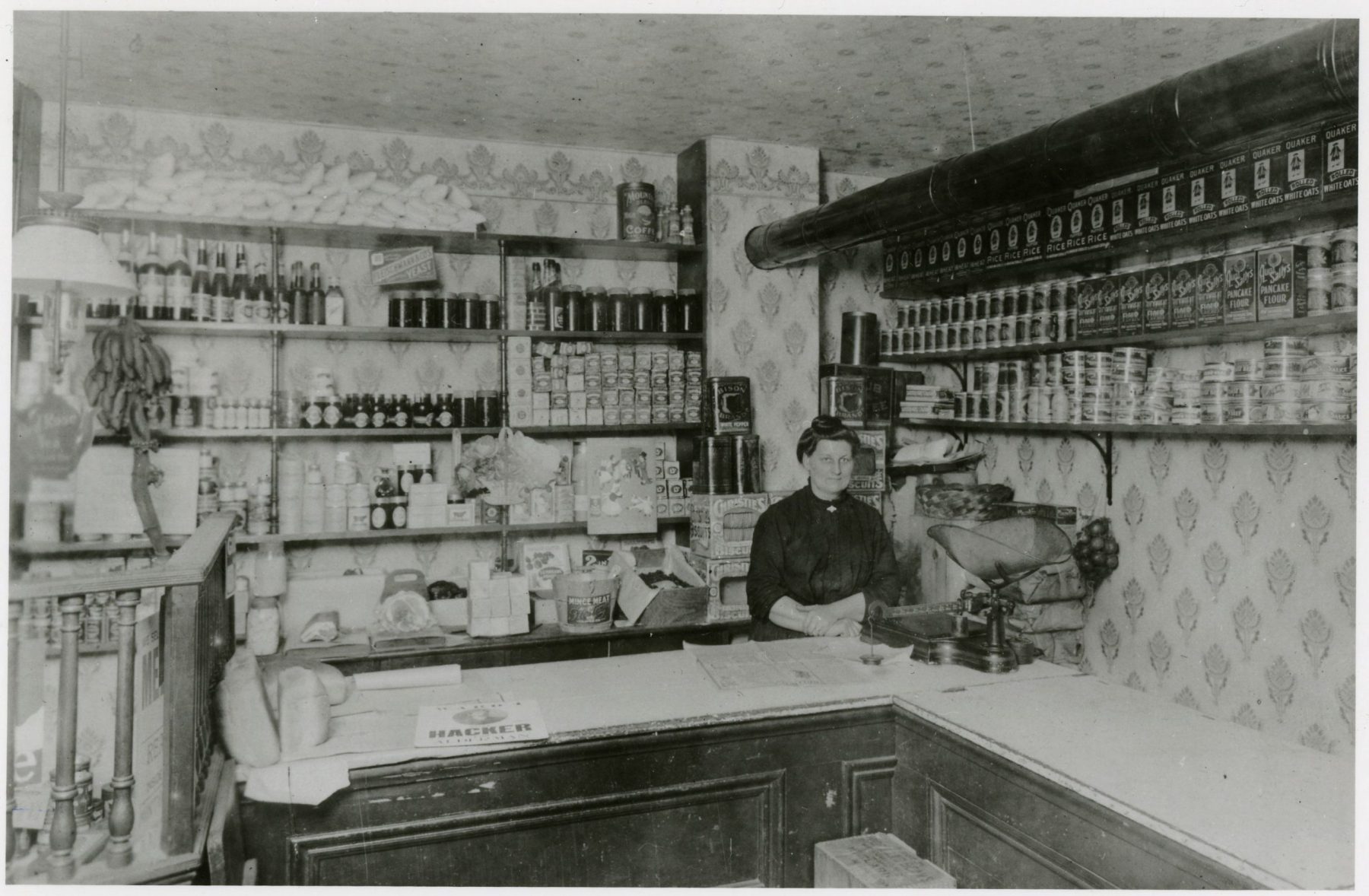 Interior view of Richard’s Grocery (Dairy) at Nassau and Lippincott Streets in 1905. 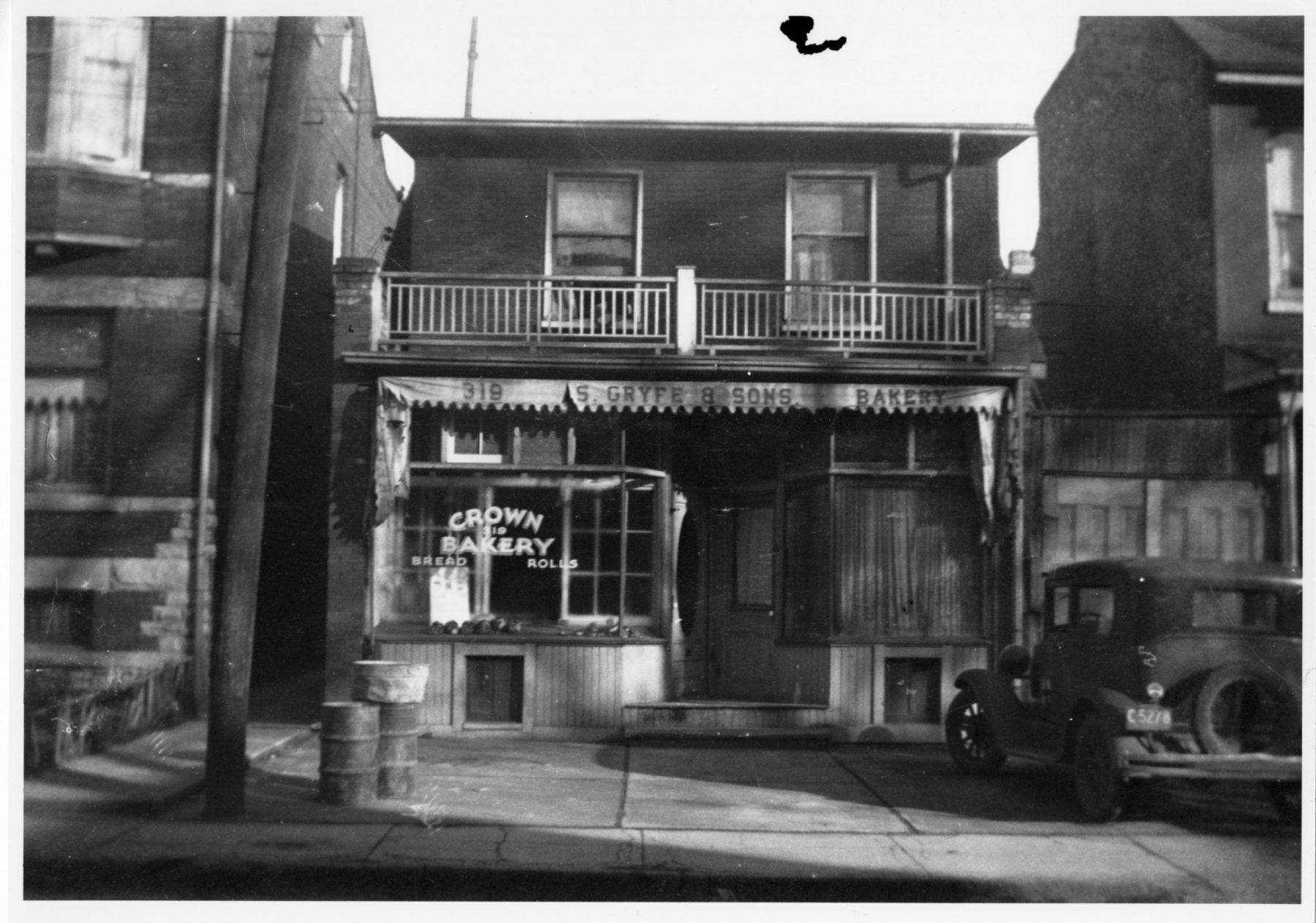 Crown Bakery storefront at 319 Augusta Avenue, ca. 1936. During this time the bakery was operated by the Gryfe family. The bakery was established in the market in 1925 and was famous for its bread and baked goods.