1: Moving To The Market, Immigration & Community

Welcome to Stop 1 of Scrolling Spadina. You will begin your journey learning about how, why, and when the Jewish community immigrated to Toronto and what they did when they arrived. Press play to learn about early Jewish settlement and how the community ended up calling the Kensington Market area home. 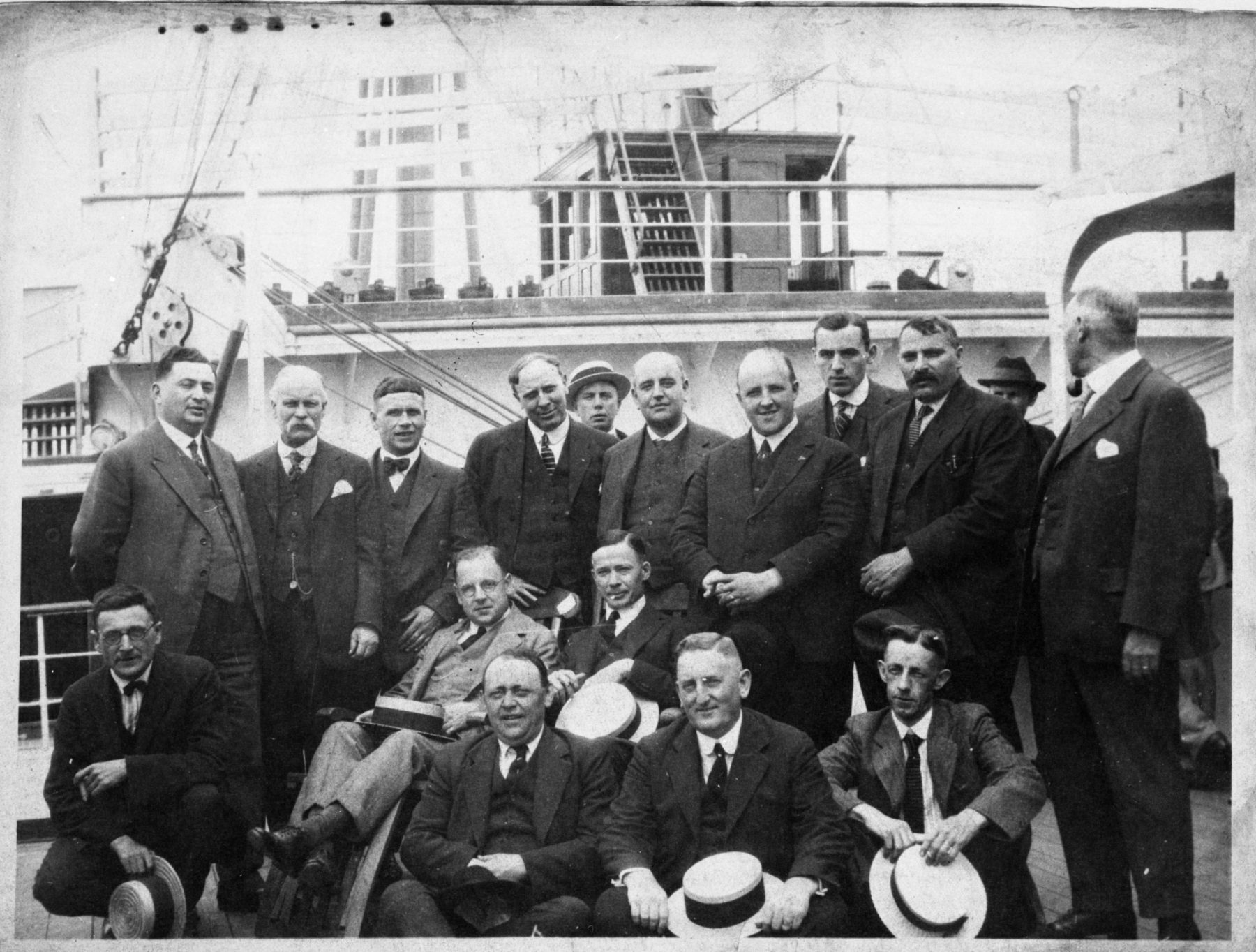 Steamship agents on board a passenger liner, ca. 1920. Included in this photo are local agents Henry Dworkin, Joseph Graner, and H. N. Sivitz. 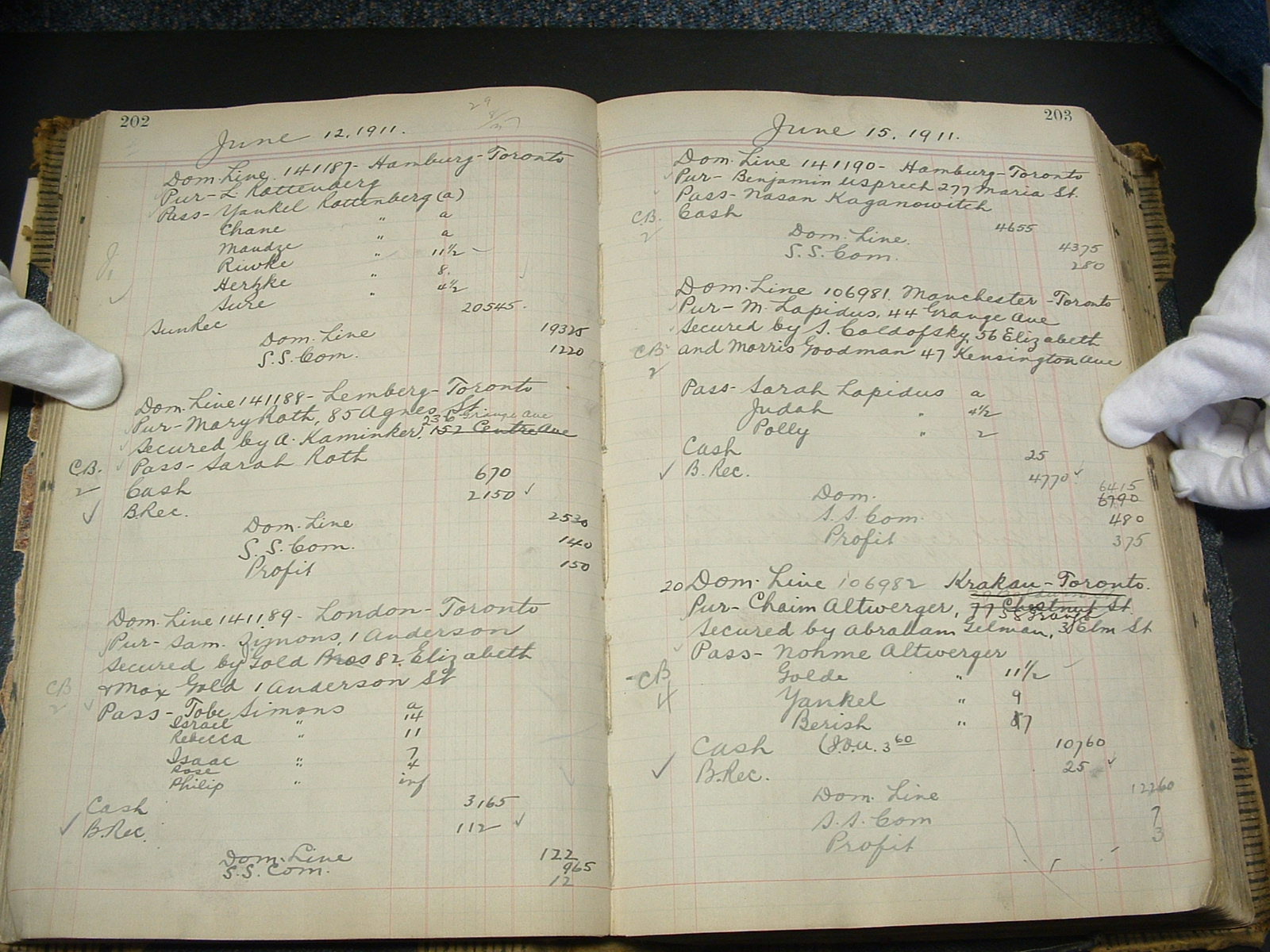 The Rotenberg steamship ledger helps trace the movement of Jewish immigrants to Toronto. On pages 202 and 203 from 1911, there is an entry for a man living at 44 Grange Avenue, who purchased passage to Toronto for his wife and two children. The fare was secured by residents living at 56 Elizabeth Street (in the Ward) and 47 Kensington Avenue. Photograph by Harvey and Adena Glasner. 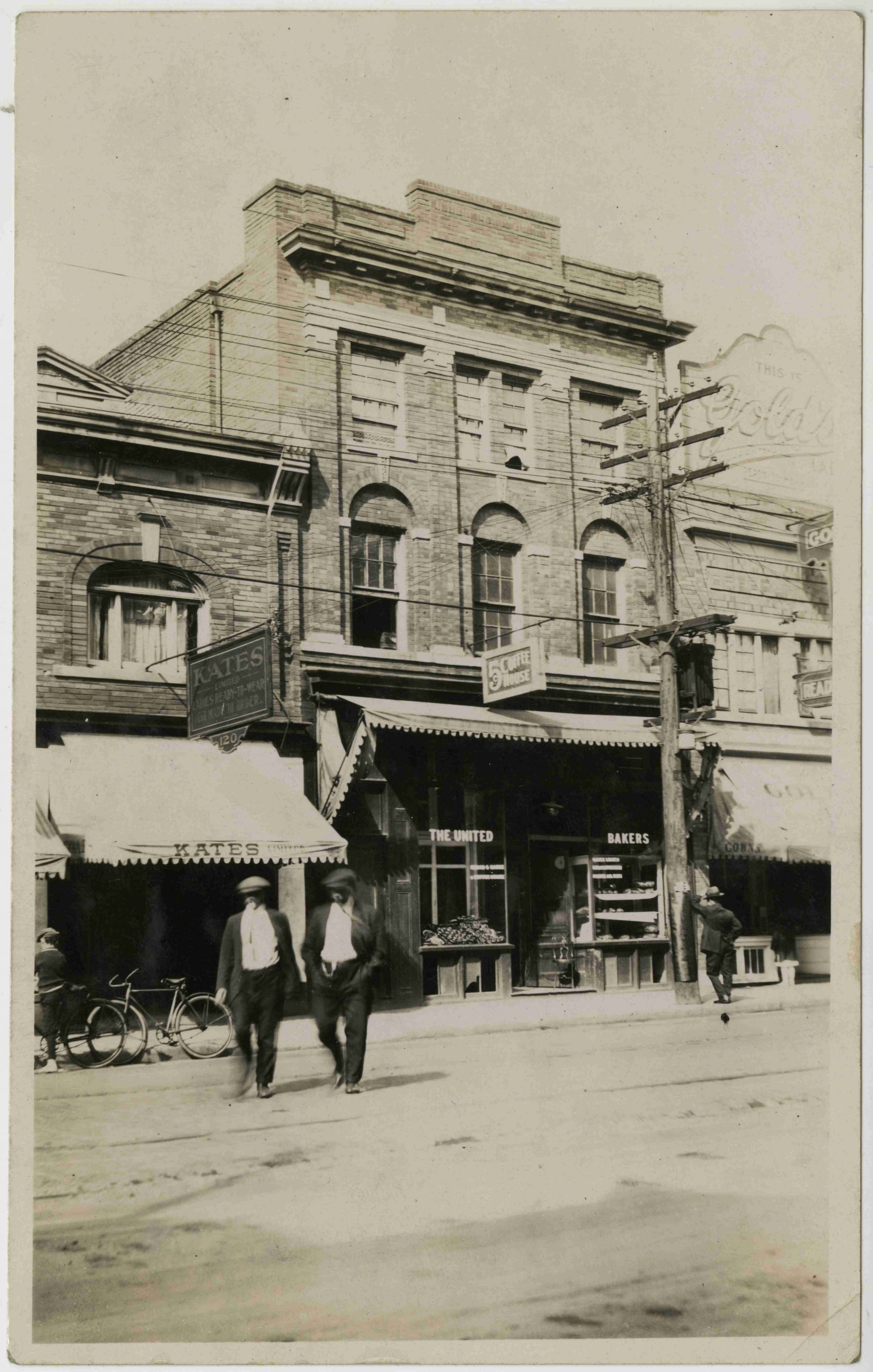 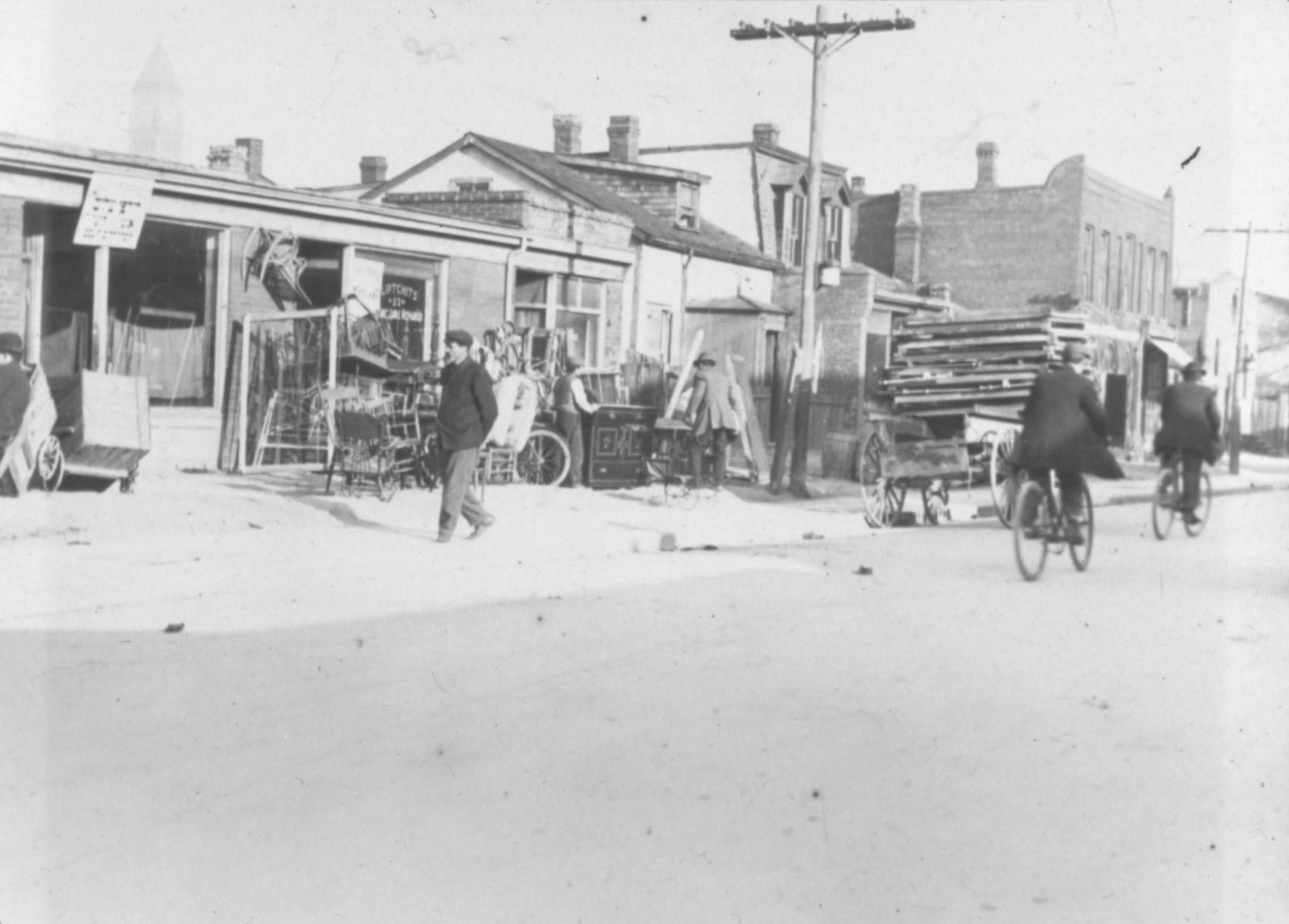 Street view of Terauley Street (now Bay Street), the Ward, ca. 1910. The main subject of the photo is the secondhand shop Liptchts (Lipchitz’s). Also visible to the left of the shop is a Yiddish language sign and the Old City Hall clock tower can faintly be seen in the background. Joseph Gary in front of his grocery store at 136 Elizabeth Street in the Ward, ca. 1925. The area was home to many retail shops, synagogues, and Toronto’s Old City Hall. The neighbourhood was eventually levelled to make way for hospitals, Toronto’s New City Hall, and Nathan Phillips Square. Leon Koffler seated in a horse-drawn buggy peddling fruit and vegetables at age eighteen in 1914. The sign on the buggy reads Nelson’s with the address 460 Yonge Street on the side.