At 25 Bellevue Avenue stands the grand yet charming Kiever Shul, which is still in operation today. At this stop, you will learn about religious life and community in the market. This stop is divided into two videos. In the first video, you will learn about the establishment of the synagogue and its architectural features. Explore the inside of the Kiever in the second video and learn about the people and history that make this synagogue unique.

Learn more about photographs sourced for these videos from the OJA’s collection. 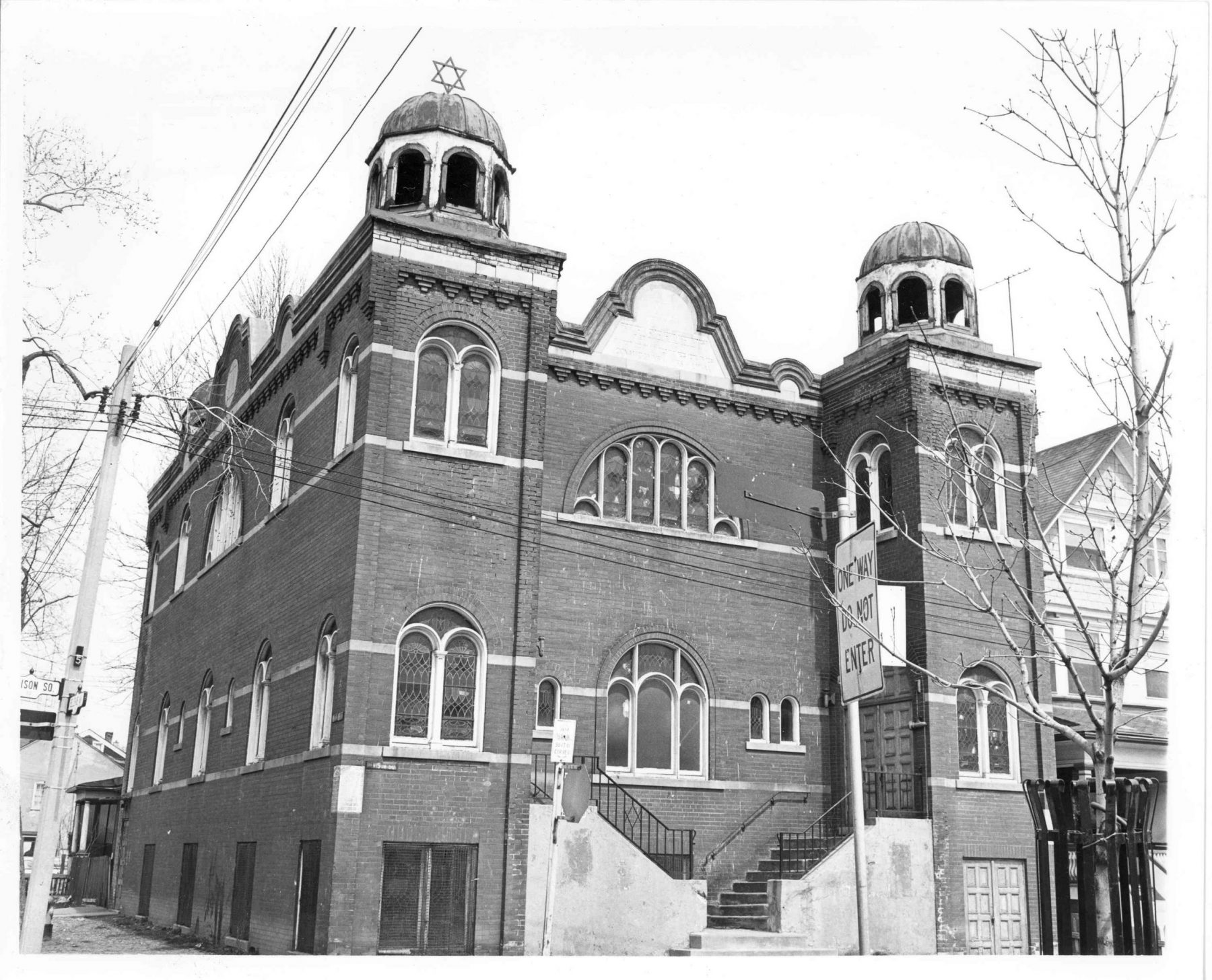 The Kiever Shul (synagogue) exterior, Toronto, 1974. The Kiever had its beginnings on Centre Avenue in the Ward. In 1923, the Kiever congregation raised enough funds to build a synagogue large enough to accommodate its growing membership. Benjamin Swartz, a Jewish architect was contracted to design the current synagogue at 25 Bellevue, which replaced the two houses that had been used for services. The Synagogue was completed in 1927, after three years of construction. Kiever Shul interior, Apr. 1974. Leading the service from the bimah, the raised platform at the centre of the sanctuary, are Michael David and Earl David. 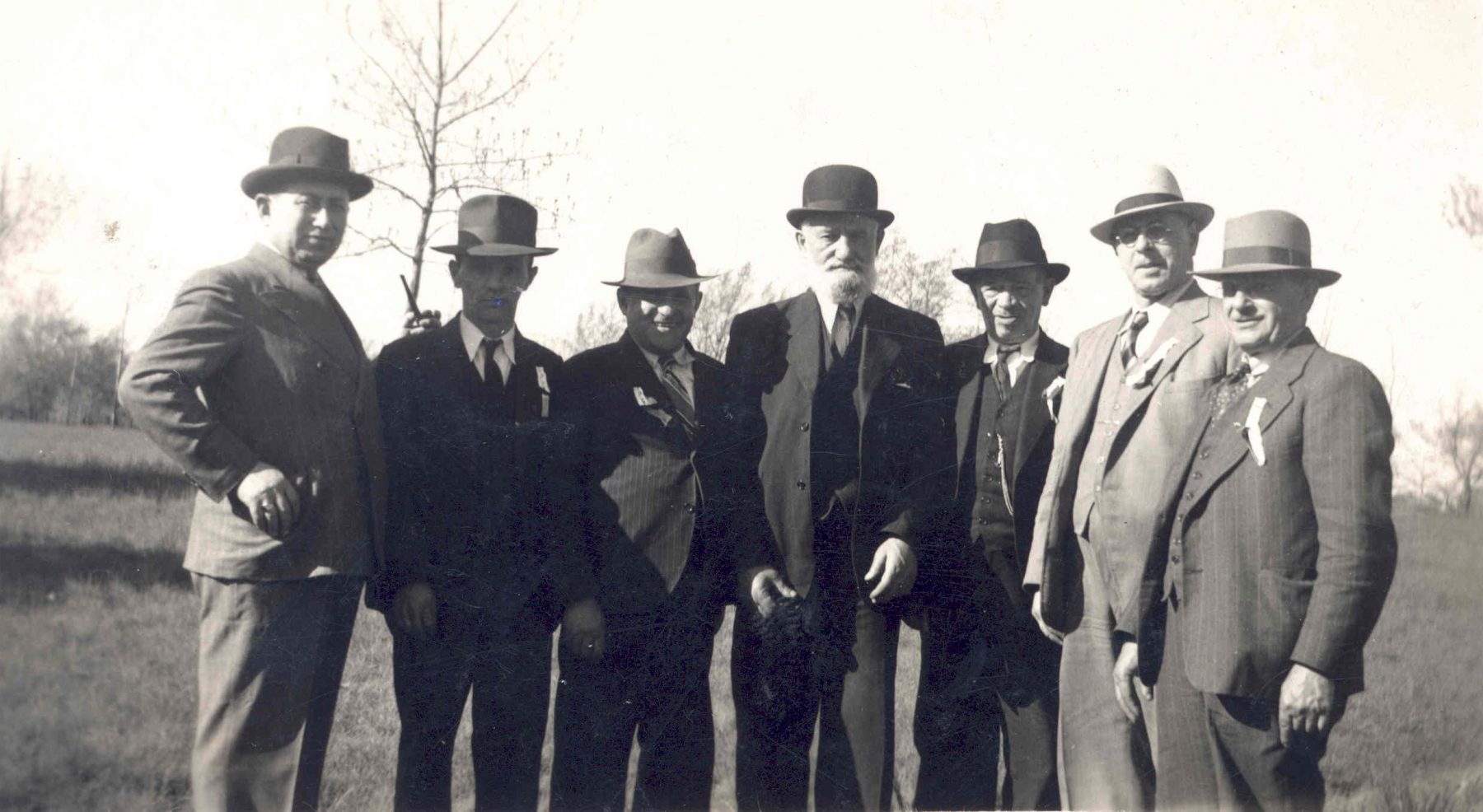 Members of the Kiever Shul in Toronto, ca. 1941. Individuals identified in the photograph are Harry Trachter, Fischel Cooper, and Israel Sakowick. Harry Trachter was the owner of Trachter’s Milk Store, first located at 71 Kensington Avenue in 1925, and then just outside of the market at 800 Dundas Street West. 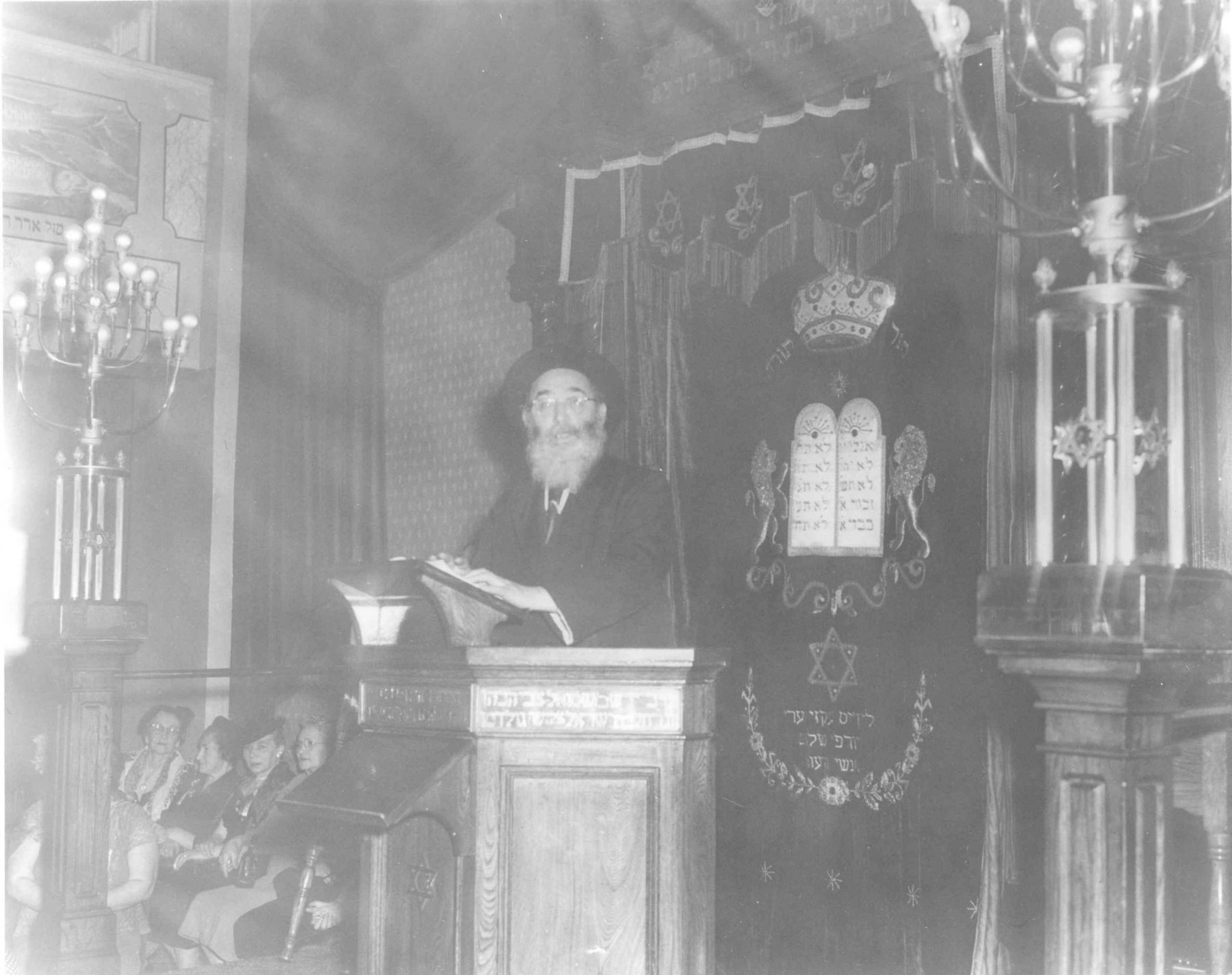 Rabbi Solomon Langner, Kiever Shul, 1950s. Rabbi Langner immigrated to Toronto from Strettin, Poland in 1923. He served the Kiever Shul as a full-time rabbi from 1929 until his death in 1973. 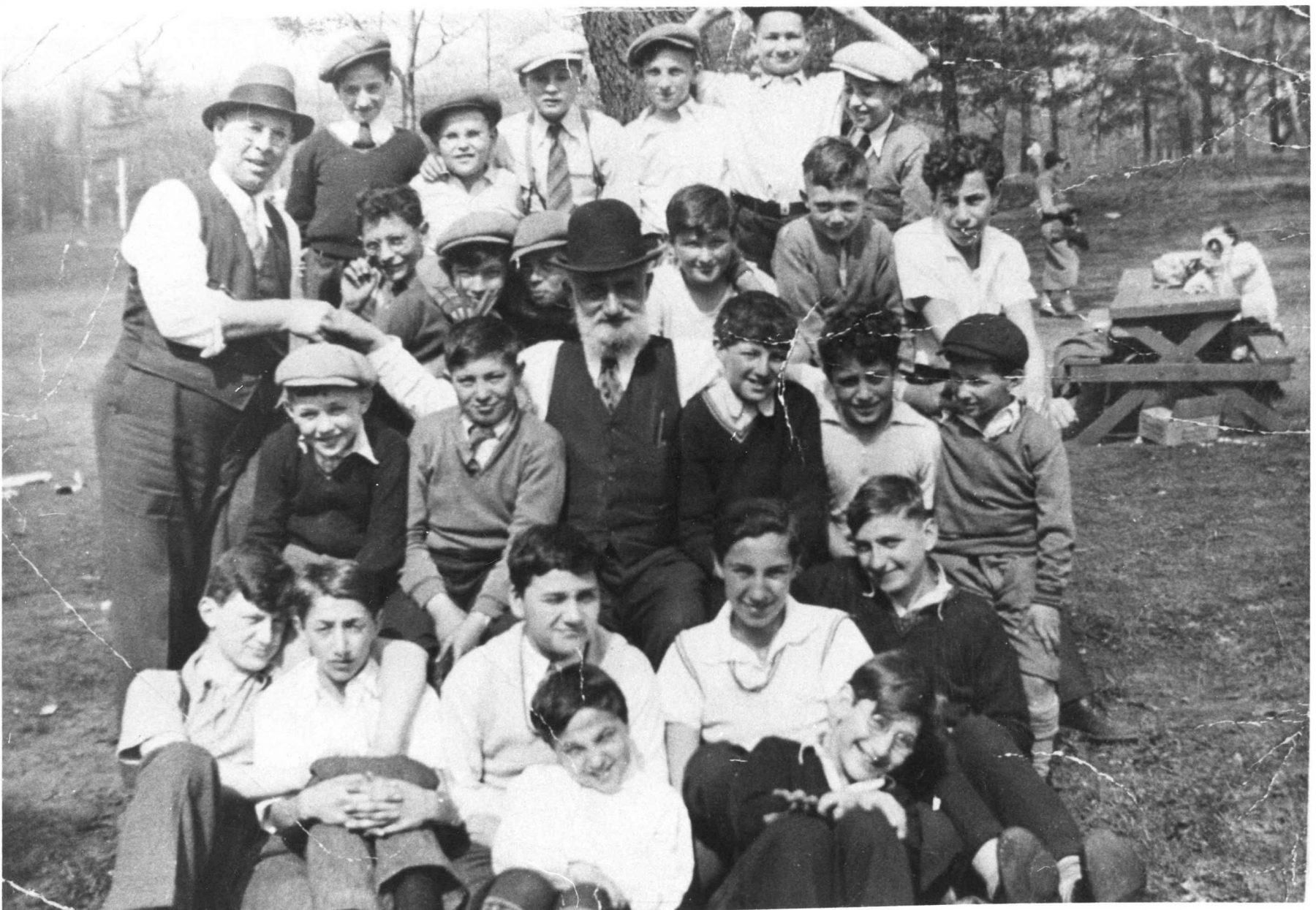 A group of boys pictured with Fischel Cooper, High Park, [between 1935 and 1939]. Fischel Cooper made important contributions to synagogue life at the Kiever Shul. He led the youth congregation and often took members on outings to Queen’s Park and High Park.