3: Sammy Luftspring, Growing Up In The Market

Meet Sammy Luftspring, the champion boxer and hometown hero who grew up in Kensington Market. Learn about Sammy’s Jewish pride in the face of antisemitism in Toronto and how this impacted his youth and career. 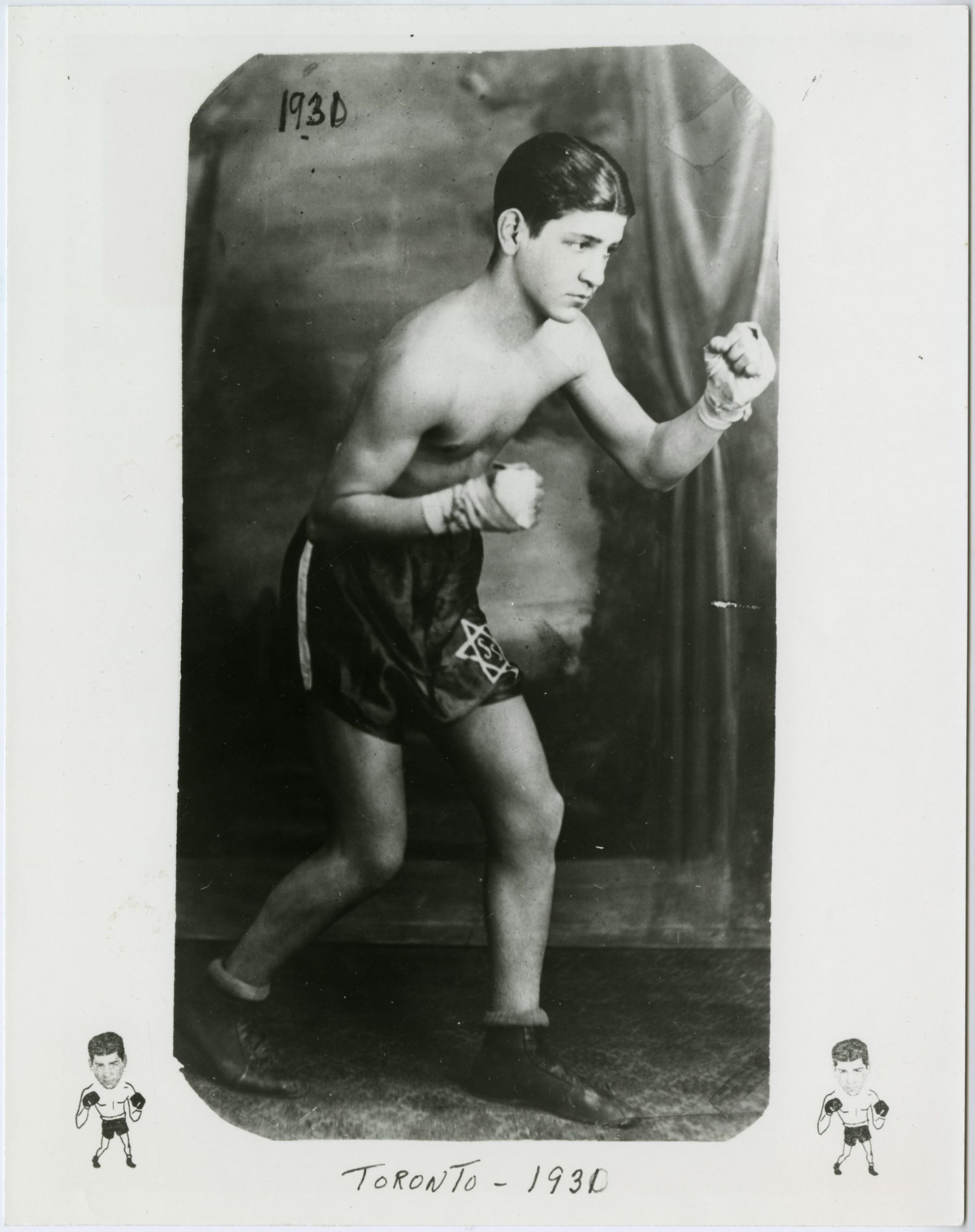 Sammy Luftspring at fourteen years old in 1930. Two years later he began competing in boxing matches. He was a skilled fighter and always showed off his Jewish pride wearing a Magen David on his boxing shorts. 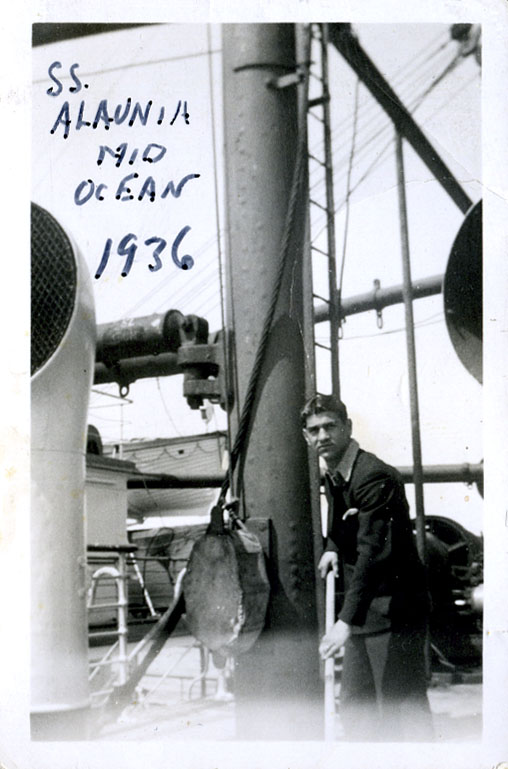 Portrait of the Luftspring family at the Ostrovzter Synagogue on Cecil Street to mark the marriage of Max Lightstone and Goldie Grossman on 9 June 1922. In the top-left corner Sammy has indicated that his younger brother Sydney was not born yet. In the bottom right corner, Sammy annotated the photo with an arrow pointing to himself, “That’s me. I’m 5 years old.” 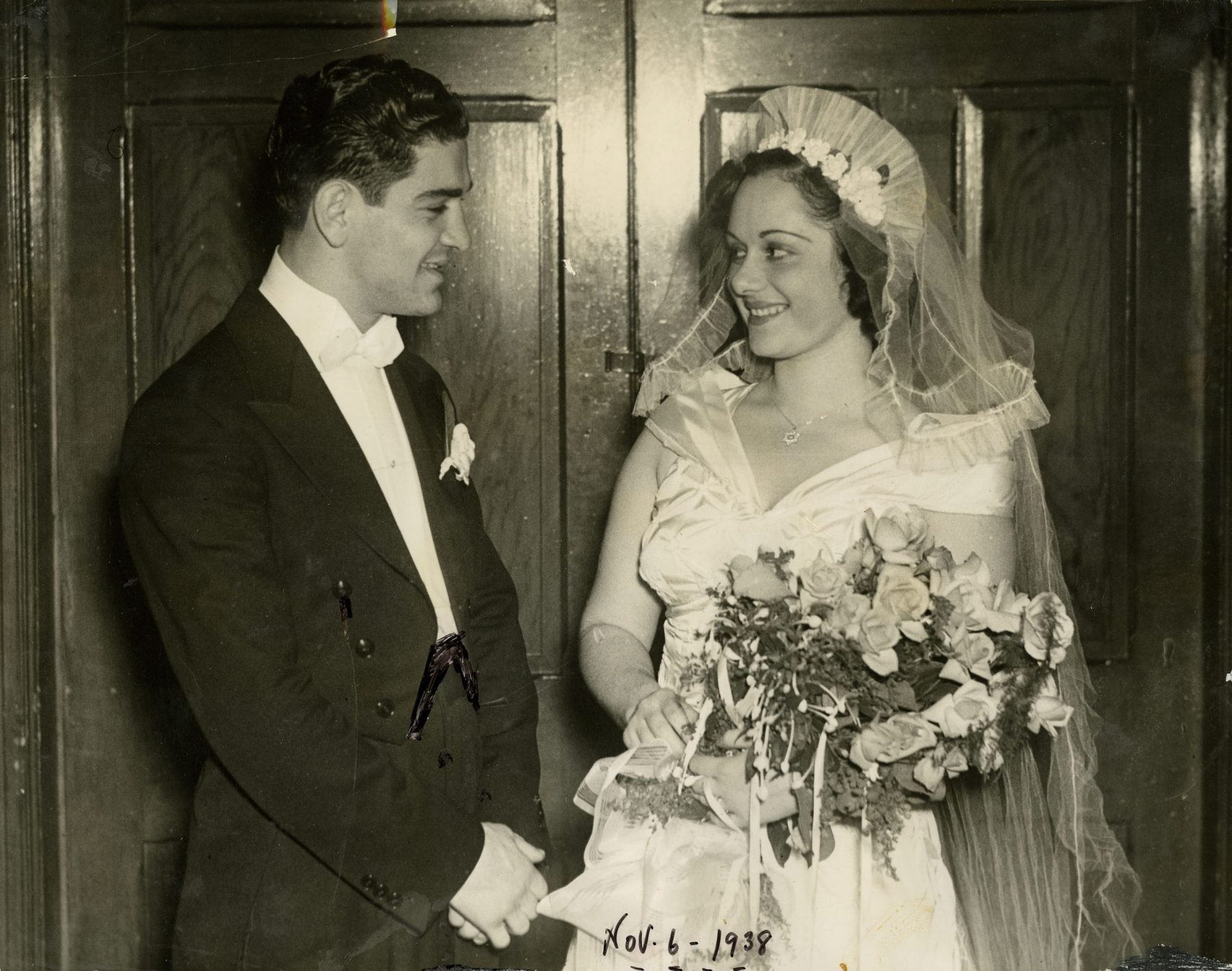 Wedding photograph of Elsie and Sammy Luftspring taken on 6 November 1938 at the McCaul Street Synagogue (Beth Hamidrash Hagadol). Three-hundred-and-fifty people attended his wedding, and hundreds waited outside of the synagogue to see the newlyweds. 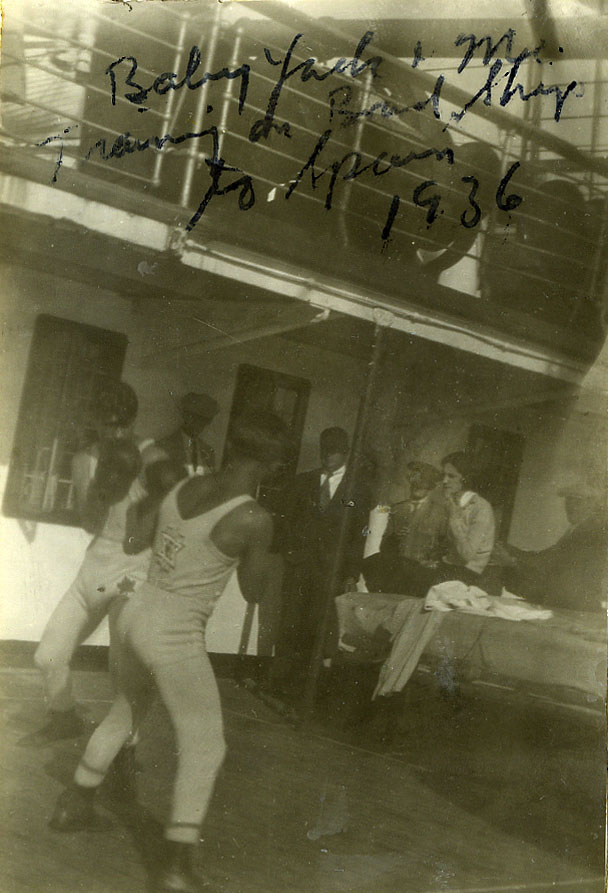 Sammy Luftspring and Benjamin Norman “Baby Yack” Yakubowitz in a casual boxing match aboard the SS Alaunia on route to the People’s Olympics in Barcelona in 1936. As an amateur bantamweight boxer Norman “Baby Yack” won over ninety of one hundred fights. Later in 1936, he turned professional and became the fourth ranked bantamweight in the world. 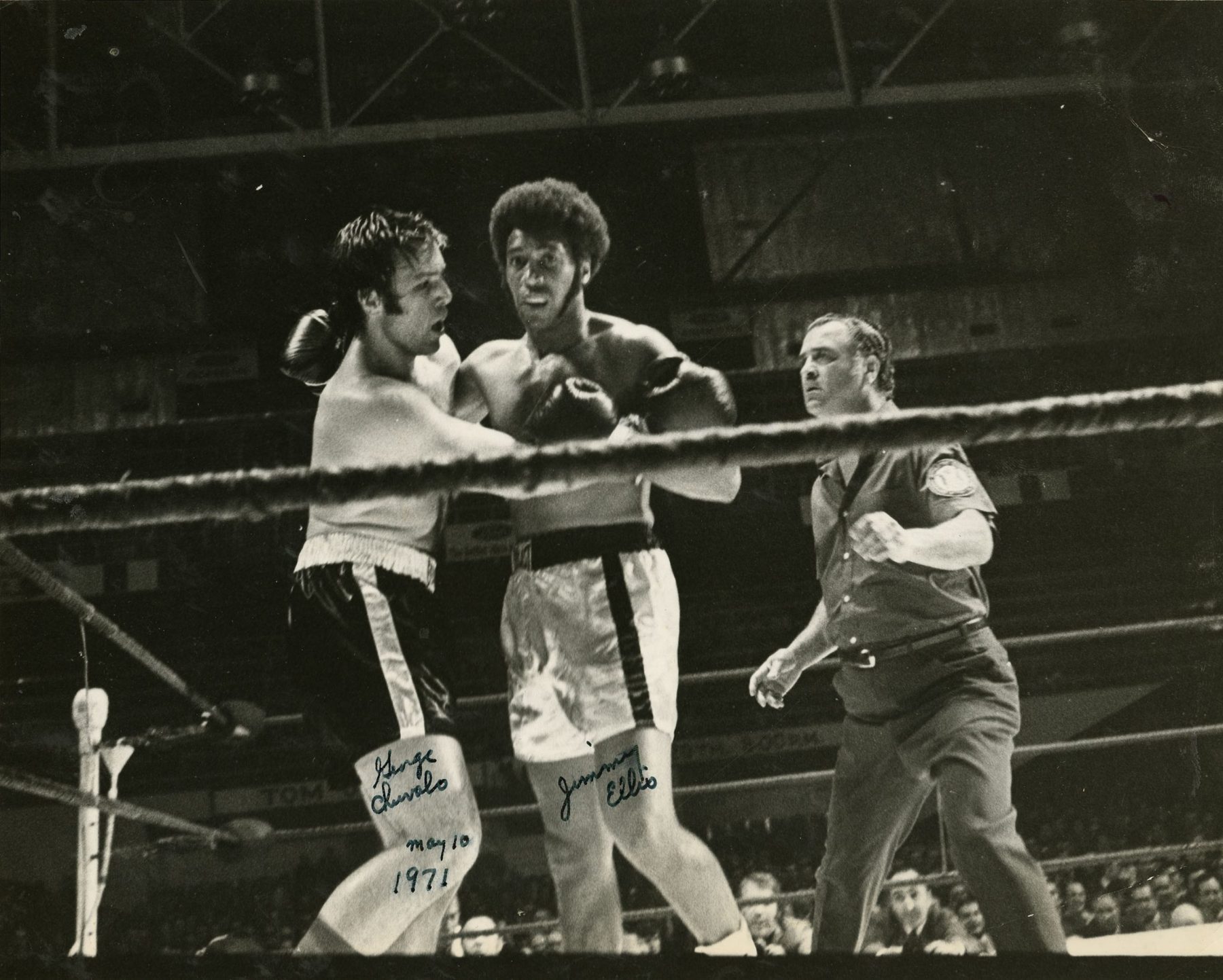 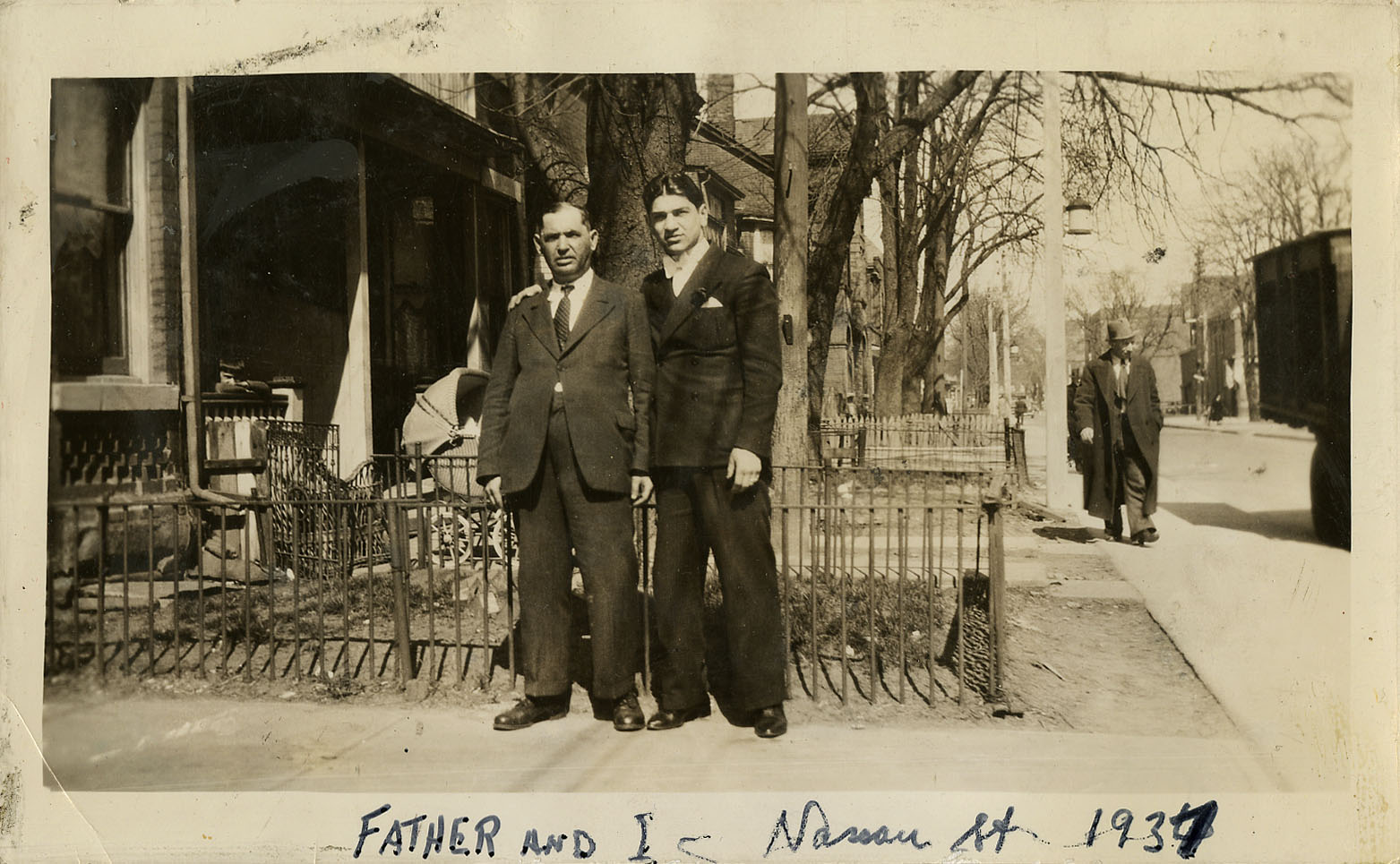 Sammy Luftspring with his father, Yossel Luftspring, outside of the family home on Nassau Street, in 1937.